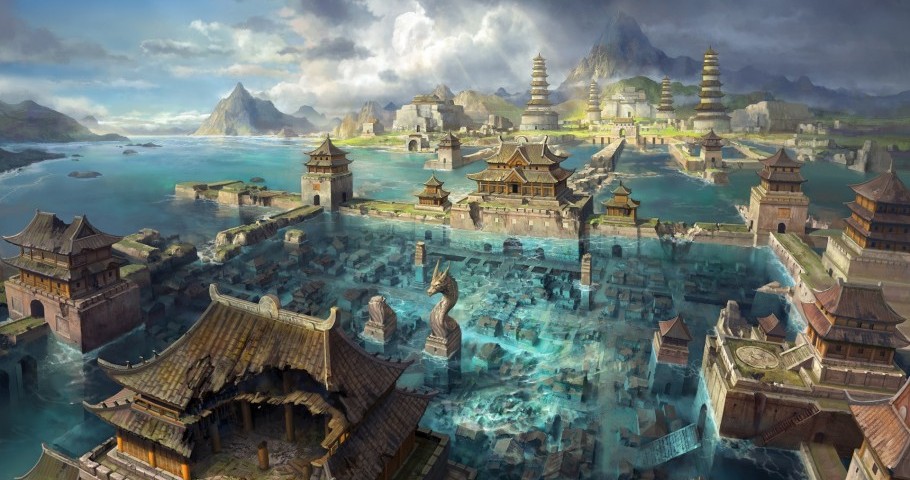 This act of juxtaposition is one of the most powerful tools in a writer’s arsenal, and one that I’m particularly affectionate towards. A common example is dichotomies for characters: X being a foil for protagonist Y, or the opposites antagonist/protagonist, hero/villain. I prefer to think of it in terms of contrasts, to decentre the story—I go for moral ambiguity very often, and therefore my fiction tends to function in terms of POV characters rather than heroes.

The first use of juxtaposition is to create calls and answers within a work: characters that might be mirror images of each other, heightening and highlighting both similarities and differences between them. One effect I particularly like is going for multiple pairs. In my novel The House of Shattered Wings, I contrast Selene, the head of House Silverspires (the main magical faction in the ruined Paris of the book), with her lover Emmanuelle: Emmanuelle is gentle and motherly where Selene is harsh and to the point. But I also contrast Selene with Madeleine, the House alchemist—where the former navigates currents of power and shows a decisive face to the world heedless of the turmoil within her, the latter wears her heart on her sleeve, and has a tendency to sentimentality and decisions that Selene views as foolish. In turn, Emmanuelle and Madeleine share the common point of drug addiction, with the difference of it being in the past for one and in the present for the other. And so on for many of the characters of the novel: they act as foils for one another, never quite in the same configuration, and this network of contrasts and similarities is what gives the universe heft and depth (at least as far as I am concerned!).

A slightly different trick I use is having nested opposites and reversals: my tag line for the book is “beauty in the ruins”, and I use the fascination and surprise that comes when you expect something in line with a given setting, and find instead its complete inverse.

A lot of these reversals are spoilers, but to take just an early example: the Paris of the novel is completely devastated, its monuments ruined and blackened, its magical factions at each other’s throat, fighting for depleted resources; and the House of Hawthorn is a faction emblematic of this new order, ruthless and never hesitating to kill. And yet, its grounds are still beautiful; and its gardens are green and watered and a pleasant place to wander in…

The last and most powerful use of juxtaposition is that it allows for thematic spread. Fiction, like many human endeavours, strives to reproduce the infinite complexity of real life, but is always inherently reductive: out of all the stories we can tell, we have to choose only a few; out of the myriad people we could follow through the course of a book, we can only touch on a handful.1 For me, this runs the risk of simplistic answers to complex themes: presenting only, say, two points of view on matters such as colonialism, for instance, eludes the diversity of reactions that historically occurred; and risks having the reader take away a simplistic image. On the other hand, having multiple points and counterpoints around the same theme strengthens it for me, by presenting as much as possible to the reader, and letting them, in the end, make their own decisions on which point of view they’re more sympathetic to. 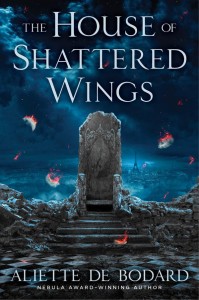 One of the themes of The House of Shattered Wings is the necessity of survival; and what people will do to survive in an environment with scarce resources. I deliberately chose characters and factions with very different attitudes to this: House Silverspires, the faction that is the focal point of the novel, believes in doing whatever is necessary to survive, and many of the characters that belong to it share that attitude to some extent (Selene, the current head of the House, draws the line at some actions that she feels are going too far, such as giving up an innocent to a horrible death; her predecessor Morningstar had no such compunctions). By contrast, its rival, House Hawthorn—outwardly ruthless and without scruples—refuses to abandon its own as a matter of principle. Other characters have different attitudes: former conscript Philippe, a foreigner in France and an outsider to the House system, merely wants to be left alone, and refuses to make any compromises that would bring him in collusion with a House—and yet, of all the characters, he is the one who readily commits an atrocity that will haunt him later.

This is why I like juxtaposition, and how I use it to create mood and characters as well as move the plot forward—the resulting novel is deeper and more haunting because of this underlying structure. At least, I hope that worked out: if it didn’t, I’ll still be happy with paying homage to Dream of Red Mansions and other Chinese/Vietnamese classics—no mean inspiration for a book!