A Natural History of Dragons by Marie Brennan 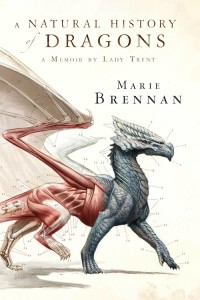 “Be warned, then: the collected volumes of this series will contain frozen mountains, foetid swamps, hostile foreigners, hostile fellow countrymen, the occasional hostile family member, bad decisions, misadventures in orienteering, diseases of an unromantic sort, and a plentitude of mud. You continue at your own risk. It is not for the faint of heart – no more so than the study of dragons itself.”

So states the preface of Marie Brennan’s A Natural History of Dragons: A Memoir by Lady Trent, the first volume in a projected series recording the life and times of the eponymous heroine, a self-taught dragon naturalist living in Scirland, which is more or less an analogue for Victorian England. This first book constitutes an accounting of Isabella’s childhood and adolescence, her marriage to Jacob Camherst, an academic, and their expedition to the mountains of Vystrana (which is more or less an analogue for Romania) to learn about dragons, which ends up being complicated by both the local religion and political intrigues.

A Natural History of Dragons is thematically much less concerned with dragons than the sexist social attitudes which attempt to curtail Isabella’s interest in them.

In hindsight, the dissonance between my expectations for this book and what it actually turned out to be is a contributing factor in my ambivalence towards it. Having been seduced by the undeniably beautiful cover art, I envisaged a story with a strong, primary focus on dragons – their physiognomy, habits, breeds and other peculiarities – set against a backdrop of detailed magic-scientific worldbuilding; something like an adult, novelised version of Graeme Base’s classic The Discovery of Dragons, perhaps. In my defence, I suspect this is an impression that the cover, title and preface all strive to convey to some extent, and it may well be that this constitutes an accurate assessment of the series as a whole. This first book, however, is thematically much less concerned with dragons than the sexist social attitudes which attempt to curtail Isabella’s interest in them, and as such functions more as a protracted justification as to how and why a Scirling lady ended up as a scholar and explorer than as a natural history. Obviously, dragons still make an appearance, but having anticipated a story that was primarily an adventure, it came as something of a let-down to find myself reading one that was much more internal and domestic. 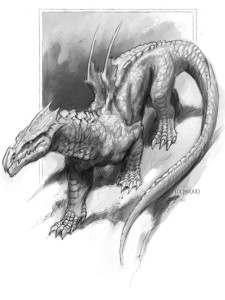 Which isn’t to say that I dislike either internality or domesticity as narrative focii – far from it! And I’m certainly not averse to stories whose heroines struggle to overcome sexism in pursuit of their dreams, particularly when those dreams involve dragons and scholarship. It’s not even that I react badly to having my expectations subverted, although that hits closer to the mark. No: it’s that, if a story does surprise me, I’d prefer the surprise be pleasant – which is to say, I prefer that it be well-executed. Because despite being possessed of an interesting premise, a distinct narrative voice and a smatter of interesting concepts, A Natural History of Dragons is disappointingly bland, a failing which stems in large part from how shallowly written it is. And by shallow, I don’t mean vain: I mean that, despite the rich narrative potential of just about every element – the foibles of high society, the dragons themselves, Isabella’s married life, the voyage to Vystrana – Brennan has elected instead to deal with these topics at only a superficial level, skipping through the plot with little in-depth exploration.

For instance, while a certain amount of background detail is provided about Scirland and Vystrana, both countries are so clearly based on familiar, real-world places – and, perhaps more importantly, are so redolent of countless fictional interpretations of those places – that very little imaginative effort is required to conjure them up. This isn’t necessarily a bad thing, except that Brennan hasn’t done much to set her interpretation apart, with the result that the scenery tends to feel a bit cardboard. On the few occasions when she does let slip an orignal detail or two – the ancient ruins, for instance, or the various titbits of detail concerning religious practises – there’s a dearth of follow-up, and while that might be in keeping with the novel’s framing device of a memoir (as a narrator, Isabella would have no need to explain her own country’s practises to its inhabitants), it leaves the actual reader somewhat light on detail. Similarly, there’s a tendency to bypass major events in Isabella’s life for the sake of brevity: there’s only a single sentence informing us of the miscarriage that ultimately prompted her to join the expedition, for instance, and while we get at least a paragraph or so more on the depression she suffered afterwards, it felt rushed and disrespectful, to say nothing of unrealistic, to see such a personal and pivotal event glossed over so quickly. The same thing happens with the voyage to Vystrana, which is skipped in its entirety, and while I wouldn’t expect any author to drop in extra, unnecessary chapters simply for the sake of showing us every single place the protagonist went, it still felt awkward to have such a large time-gap when, by all accounts, the voyage itself was of considerable emotional significant to the narrator. 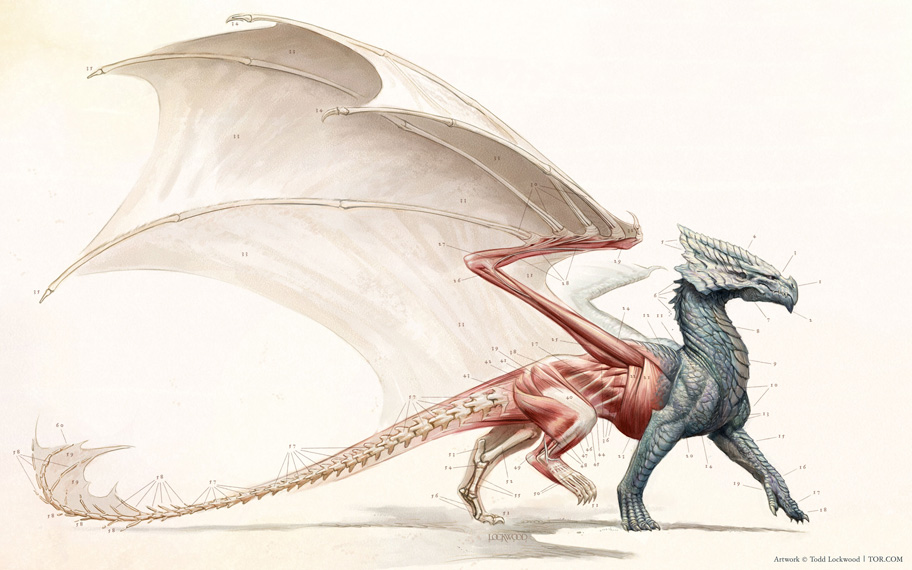 What really bothered me, though – and what fast became my main problem with the book – was the extent to which the other female characters were not only presented as heavily gendered stereotypes, but negative ones.

It’s the secondary characterisation, however, that really suffers from this approach. Though Isabella and Jacob read like distinct, realistic individuals, everyone else they encounter feels unoriginal and underdeveloped. Lord Hilford is a typically bluff, friendly and mildly eccentric adventurer-peer, while his assisant, Mr Wilker, takes on the role of resentful antagonist to Isabella without ever really developing beyond it; the Vystrani villagers are described as so many superstitious peasants, and the smugglers are the quintessential kindly brigands. What really bothered me, though – and what fast became my main problem with the book – was the extent to which the other female characters were not only presented as heavily gendered stereotypes, but negative ones. Isabella’s mother, for instance, is described as little more than “an upright and proper woman of her class, [who] did the best she could to teach me ladylike ways” (pg. 20); her one childhood friend, Manda Lewis, is painted as a frivolous, one-dimensional girl with a love of fashion, “sensational novels” and swooning romance; and her Vystrani maid, Dagmira, is rather snobbishly thought of as “tall and of that build we so politely call ‘strapping’ and applaud when found in peasant folk, with strong features and a wealth of dark hair” (pg. 106).

It doesn’t help the situation any that Dagmira is the woman with whom Isabella has the most contact, not only because, for the bulk of the novel, their conversation is impeded by language barriers, but because they don’t really like or understand one another. Indeed, in a story which is dominated by Isabella’s struggle to overcome sexism – which issue is handled with bluntness rather than subtlety – it feels extremely telling that the story depicts her as yet another Exceptional Woman, devoid of female friends (or at least, devoid of any who play a meaningful role in the narrative: the one woman introduced as an ally disappears as soon as she’s served the purpose of introducing Isabella to Lord Hilford) and offhandedly disparaging of the other, more traditional women whose company and values she eschews. In a similar vein, it also bothered me that, despite being self-described as an intelligent, resourceful scholar, there wasn’t much actual evidence of Isabella’s brilliance when it came to her actions. Rather, she tends to luck into success by pure accident, as per her encounter with the smugglers, twisting her ankle in the ruins and thereby discovering a valuable stone, and then later gaining access to another scholar’s notes. Which isn’t to say that she never demonstrates her competence – she’s a determined and dedicated reader as a child, joins the expedition through sheer force of will and solves a crucial mystery in Drustanev – but in this volume, at least, and perhaps quite reasonably owing to her youth, she seems to be presented with dragon-related discoveries more often than she makes them herself.

[It smacks] uncomfortably of the sort of arrogant British colonial scientist-slash-gamehunter attitude that saw tigers and leopards hunted for their pelts.

There’s also the matter of her imperalist attitudes: despite the fact that, at various points, Isabella implores the reader not to judge her too harshly for her former opinions, the fact remains that she still tends to describe the various non-Scirling people and places she encounters in condescending, disparaging terms. Again, some of this is explicable by the fact that she feels isolated in the town of Drustanev and dislikes being there, to say nothing of being an accurate representation of Scirling sentiment, but it nonetheless comes across as an unwelcome reminder of imperial privilege. And, on a tangential note, it bothered me that the chosen method for studying wild dragons involved killing them – especially given Isabella’s professed love for the species, her acceptance of the practice it not only felt incongruous, but smacked uncomfortably of the sort of arrogant British colonial scientist-slash-gamehunter attitude that saw tigers and leopards hunted for their pelts.

Overall, then, despite the enormous potential of the premise, I couldn’t help but feel that A Natural History of Dragons was a very uneven book. Had the events been more compressed, they could easily have worked as the opening section of a different volume, thereby allowing Brennan to get on with Isabella’s later achievements; or, alternatively, had they been rendered in more detail, they could have served as a more definitive anchor for everything still to come. Instead, the overriding impression was one of too little material stretched too far, and when combined with a predominantly unoriginal setting, stock characterisation and multiple niggling thematic issues, I was left feeling disconnected from the narrative.

A Natural History of Dragons is a light, occasionally comic read with a strong central premise, and I look forward to seeing how Isabella develops in the future.

That being said, there were still some redeeming features that kept me reading, and which went some way towards balancing out the problems. Isabella’s voice is convincingly and authentically rendered, the religious, historical and dragon-related elements were suitably intriguing, and the story ended in such a way that, despite everything, I found myself wanting to know what happens next. Now that Isabella’s awkward youth has been dealt with, I hold out hope that future volumes will involve more adventuring, more discoveries and more opportunities for the narrator to demonstrate her particular brand of eccentricity – and, above all, more dragons. Though a shaky instalment with which to begin a series, A Natural History of Dragons is a light, occasionally comic read with a strong central premise, and I look forward to seeing how Isabella develops in the future.