Every book has a story, and The Goblin Emperor‘s begins long before it was published. Katherine Addison is actually Sarah Monette, a critically acclaimed author of four novels for Ace Books. Unfortunately, those books didn’t sell very well. The Goblin Emperor was submitted to Ace and rejected, forcing Monette to shop the project elsewhere. Purchased by the Jim Frankel (who has had some problems subsequently) at Tor, the novel found a home. Monette became Katherine Addison because bookstores aren’t big fans of authors who don’t sell real well, but are easily mollified with byline changes. I mention this because I have no idea whether Monette can write her way out of a paper bag, but Katherine Addison is a genius and Ace should be totally bummed they didn’t buy The Goblin Emperor.

As for the story in the novel, well, that’s something else entirely. Maia is the youngest son to the Emperor of the Elflands. His dad hates him because Maia’s mom, the former Empress, was a goblin. Their marriage was for political expedience and she was quickly put aside for a more appropriate elf bride. With his mom dead for many years, Maia has been repeatedly abused by his guardian for a decade. After all, what are the odds the Emperor and his three sons would all die and leave a half-breed screw-up in charge?

But, because Addison has a novel to write, that’s exactly what happens. When the Emperor and his three sons are killed in an airship accident, Maia finds himself on the throne. Lacking any knowledge of court politics or decorum, friendless and scared, he has to discover how to run an Empire on his own, survive the intrigue that may have killed his estranged family, and escape his father’s shadow. 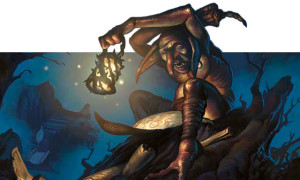 He’s scared and desperately in need of a friend, but then… the Emperor can’t have friends. Can he?

Admittedly, the plot isn’t going to bowl anyone over with its intricacies. Things progress more or less as they are wont to do in these kinds of situations, with a few pleasant twists. But, as all know, novels rarely stand out for their plots. The Goblin Emperor excels for two reasons. One, the prose is pretty brilliant and the characters are, for lack of a more descriptive term, incredible. It begins with Maia, the novel’s sole point of view character. For a modern fantasy protagonist, Maia is astonishingly nice, and well mannered, and genuine. He didn’t aspire to be Emperor and somewhat resents the restrictions the office has placed on him. He’s scared and desperately in need of a friend, but then… the Emperor can’t have friends. Can he?

It might seem odd to make a note of Maia’s disposition as though it’s something unique, but isn’t it? How often are we treated to a protagonist who’s actually just a good person? While we are always given heroes, don’t they also often come across as self interested and glory hungry and violent? The protagonist who does heroic things by resisting those very impulses seems exceedingly rare to me. More rare is an author capable of maintaining interest without relying on them. Instead, Addison trades in feelings, and emotion, and soul.

His mother had been the world to him, and although she had done her best to prepare him, he had been too young to fully understand what death meant–until she was gone, and the great, raw, gaping hole in his heart could not be patched or mended. He looked for her everywhere, even after he had been shown her body–looked and looked and she could not be found.

All around Maia, and his struggle to stay afloat, are a host of side characters. His guards whose lives are bonded to his, his secretary who only wants Maia to succeed, a Chancellor who loved the last Emperor and is loathe to see his policies corrupted, a former-Empress who wants nothing more than to hold on to the power she lost when her husband died, and dozens of others, all of whom seem compelling and alive in Addison’s hands. They orbit around the narrator, but possess narratives of their own that interweave into a tapestry that pulses on the page.

Give it patience and I dare you to not to fall in love with Maia’s reign as The Goblin Emperor.

It is rare to find a novel in today’s market that will resonate with such a hopeful tone. The Goblin Emperor is the antithesis of the grimdark movement. It is uplifting and hopeful and full of joy without being reliant on the kinds of serotonin inducing nostalgia that genre so often falls back on. Give it patience and I dare you to not to fall in love with Maia’s reign as The Goblin Emperor.