Updraft is a novel about family and privilege, succeeding through an almost overwhelming sense of empathy and courage. The novel’s protagonist and narrator, Kirit Densira, is a plucky youngster who idolizes nobody more than her mother Ezarit, one of the bravest traders in the bone city. Like her mother, Kirit is a boundry pusher, a trait quickly landing her in trouble with the Singers — the magic-wielding, iron-fisted governing body who rule from the Spire, a monolithic tower at the centre of the city. Kirit’s unending drive to upset Singer traditions, and to spill their secrets, is the lynch pin for the novel’s frenetic, politically-charged plot.

Kirit’s motivations are linear throughout most of the novel: earn her wings, become a trader, stay alive long enough to discover the secrets of the spire. They’re mostly selfish, rarely empathetic. Those that surround her, however, are full of secrets and labyrinthine desires: Nat’s dogged determination to find his father; Wik’s desire to save his city; Tobiat’s concern for a community that cast him away; Civik’s open rebellion against greater powers. Where Kirit is the eye of a storm, those around her are a maelstrom of ambition. Wilde uses this contrast to pull readers through the story at a nice clip, while also providing commentary about the political and inter-societal relationships of the various small communities facing poor odds of survival. Wilde never passes judgement on her characters. Some people just want to live another day, some want to fight for a brighter future.

Similarly, Wilde plays in a wonderfully unique playground, but resists the urge to pore over every detail of her world. So many secondary world fantasies become obsessed with their worldbuilding to the point of self-indulgence — like a tabletop RPG codex with plot and character as an afterthought. No so with Updraft. Wilde’s worldbuilding is tight and economical, doled out to readers only as necessary — always supporting the plot or providing motivation for the characters. There’s no infodumping, no exposition about the long, storied history of this or that, just a vibrant world full of living people. Wilde’s restraint is astonishing, and sets a benchmark for other writers of secondary world fantasy. 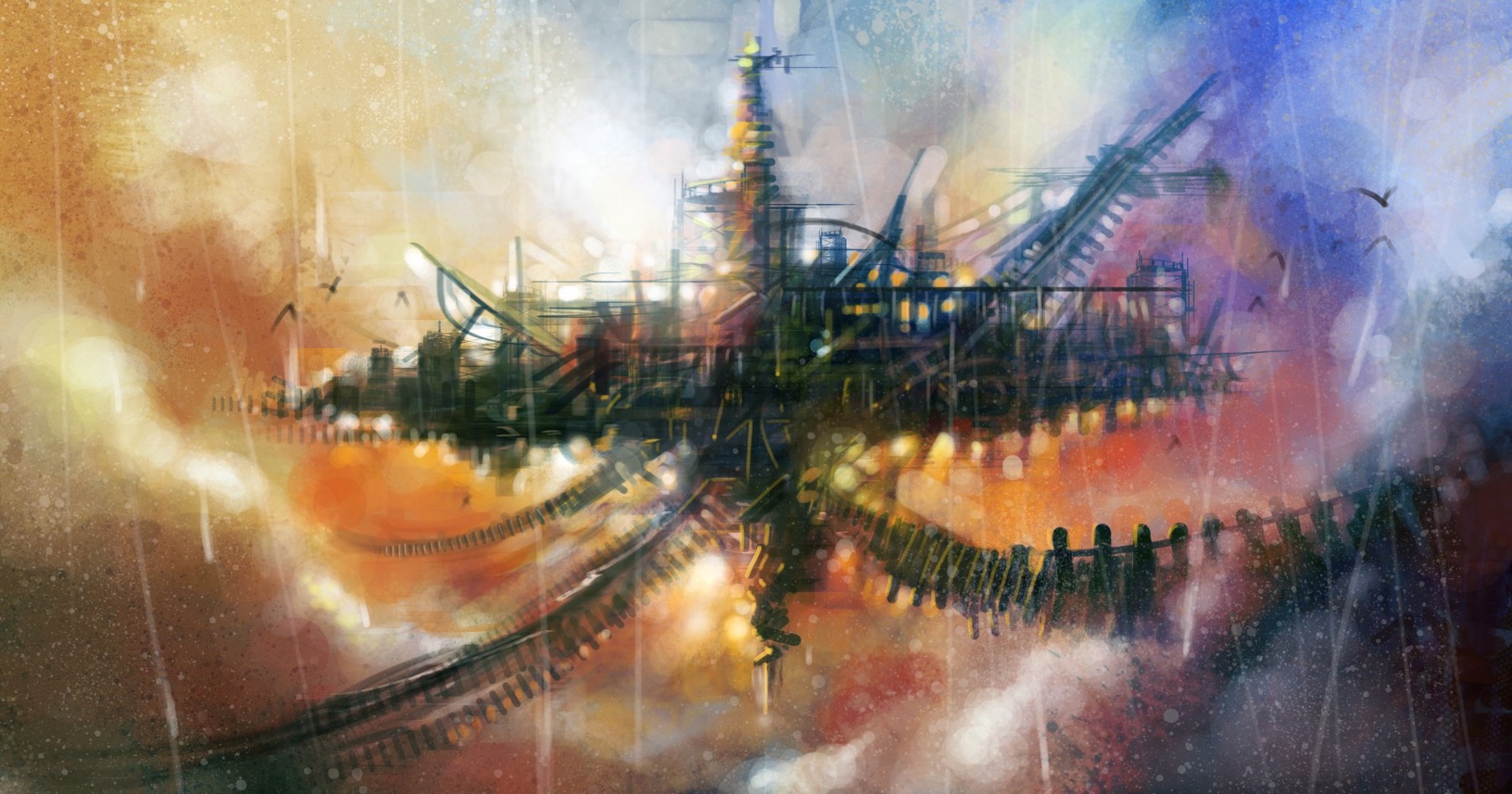 When the night is darkest, humanity shines bright.

Unexpected in all of this is the way that Wilde weaves post-apocalyptic tropes throughout her fantasy world. As readers, we don’t know what came before — outside of vague, horrified references to a war that chased humanity from scorched earth below. As one might expect, such an environment is scarce of resources. There is little agriculture, and livestock is a thing of the past, and even living space is finite—as the bone towers grow, the lower levels are filled out by new bone, forcing residents ever upwards. Wilde draws a deft picture of a society that must fight for every inch of its survival in an unkind world. It’s easy to assume that such a society would foster greed and violence — and these traits are powerful among the bone towers — but there is much love and empathy to be found, too. When the night is darkest, humanity shines bright.

Extending from this is Updraft’s handling of flight. It’s such a temptation for genre writers to delve deep into the aspects that make their world unique — to pick apart the details until there’s nothing left but scattered appendices and fingers worn bloody. Like world-building, however, Wilde shows restraint when introducing readers to flight in Updraft. Wilde doesn’t want you to think flight is special. It’s normal, part of every day life — only glorified by the young citizens nearing their flight test, like teenagers waiting to get their drivers licence. Despite being everywhere — ubiquitous to the plot of the novel, and ingrained in every facet of its narrator’s personality — it’s never overbearing. Instead of wasting words on the mechanics of flight, Wilde focuses on her plot and characters, letting reader piece together an understanding of how flight weaves its way through the personal lives and societies of the towers.

Flight is a symbol of freedom, but — with scalpel-like precision — Wilde deconstructs this symbol, slowly replacing it with a bitter realization that flight, and all its associated privileges, can also be a powerful tool for oppression. Wilde earns her stripes by introducing readers to Kirit while she’s in the throes of anticipation of gaining the privilege to fly, to become an apprentice to her mother. It’s difficult not to be charmed by Kirit’s enthusiasm, but Wilde is ruthless in the way she pits the reader alongside Kirit as she begins to realize that flight is a tool, and, like any tool, can be misused by ill-intentioned hands.

This same courtesy is extended to the novel’s light use of magic — called Singing. Fran layers these unique elements into her book in a way that feels natural, organic, and always respects the reader’s ability to trust her as a storyteller. Readers looking for deep, mechanically complex explanations of flight and Singing — an undeniable draw for a lot of fantasy readers — will be disappointed, but there’s hardly time to think about it as you’re whipped through the novel’s plot at riveting speed.

Updraft is a strong debut from an author with a lot of wind under her wings.

However, that speed comes at a cost. The middle sections of Updraft follow Kirit’s trials and educations to become a Singer. But, unlike Rowling’s Harry Potter or Rothfuss’ The Name of the Wind, which also use tried-and-true fantasy trope of thrusting a naive youngster into magic school, Kirit never seems to earn any of her advancements. In fact, major achievements, like discovering and honing her ability to use echolocation, are gained in a single chapter, and never falter when she needs them most. Kirit is never portrayed as exceptional, which is one of her selling points as a character, but the speed at which she catches up and surpasses her classmates (some of who have been training for years) feels forced and sometimes unbelievable. The plot moves by so quickly at points that it feels like Kirit’s agency is replaced by the overseeing hand of God. It’s unfortunate, given the strengths that this pacing lends to other sections of the book, but the trade-off means some sacrificed depth for a novel that’s nearly impossible to put down.

Excelling on its complex characters, a richly imagined fantasy world, and a penchant for subverting tropes, Updraft is a strong debut from an author with a lot of wind under her wings. Like her protagonist, Wilde never lets off the gas, and, from the very first page to the last, Updraft remains an addictive, mile-a-minute adventure.