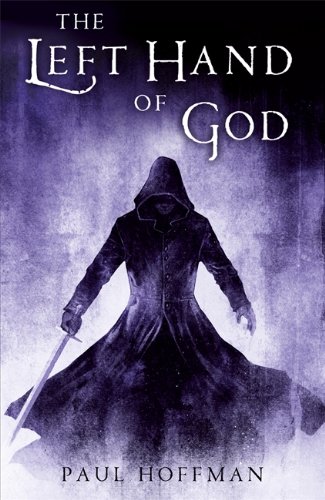 The Sanctuary of the Redeemers is a vast and desolate place – a place without joy or hope. Most of its occupants were taken there as boys and for years have endured the brutal regime of the Lord Redeemers whose cruelty and violence have one singular purpose – to serve in the name of the One True Faith.

In one of the Sanctuary’s vast and twisting maze of corridors stands a boy. He is perhaps fourteen or fifteen years old – he is not sure and neither is anyone else. He has long-forgotten his real name, but now they call him Thomas Cale. He is strange and secretive, witty and charming, violent and profoundly bloody-minded. He is so used to the cruelty that he seems immune, but soon he will open the wrong door at the wrong time and witness an act so terrible that he will have to leave this place, or die.

His only hope of survival is to escape across the arid Scablands to Memphis, a city the opposite of the Sanctuary in every way: breathtakingly beautiful, infinitely Godless, and deeply corrupt.

But the Redeemers want Cale back at any price… not because of the secret he now knows but because of a much more terrifying secret he does not.

Paul Hoffman’s The Left Hand of God has received a fair bit of hype leading up to its release, but this little preview from The Mad Hatter that really caught my attention:

Rarely do I mention a book when I’ve only just begun, but I feel so strongly about Paul Hoffman’s Fantasy debut The Left Hand of God that I had couldn’t hold back. The amount of world-building is staggering considering I am only a few chapters in. The main character Cale has never been shown kindness living in the strictest setting imaginable yet he is still impertinent and snarky. Mark my words when this is release in the US this summer it will make waves. Right now it reminds me of The Name of the Wind only about ten times darker. If Abercrombie and Rothfuss had a baby it might write something as screwed up as The Left Hand of God. I can only hope the story keeps up to the extraordinary start, but so far the hype is well deserved. I’ll most likely do a full review when I’m done.

Abercrombie meets Rothfuss? Me likey. Shockingly standard cover with slightly-higher-than-average ambience? Me give up