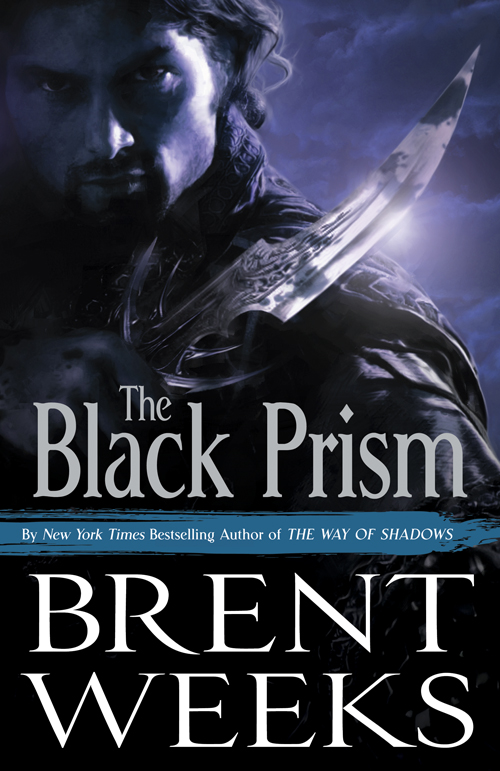 Gavin Guile is the Prism, the most powerful man in the world. He is high priest and emperor, a man whose power, wit, and charm are all that preserves a tenuous peace. But Prisms never last, and Guile knows exactly how long he has left to live: Five years to achieve five impossible goals.

But when Guile discovers he has a son, born in a far kingdom after the war that put him in power, he must decide how much he’s willing to pay to protect a secret that could tear his world apart.

A few months ago, I raised a bit of a stink when I stumbled across a leaked cover for Brent Weeks‘s The Black Prism. My main criticism about the cover wasn’t so much the quality of the artwork, the layout of the typography or the general tone of the cover, but rather that it looked exactly like Weeks’ previous series, The Night Angel Trilogy, which is completely unrelated to The Black Prism. Now, fast forward a few months and we have this, the revamped cover for The Black Prism that seems to finally hit the nail the previous cover was going for. 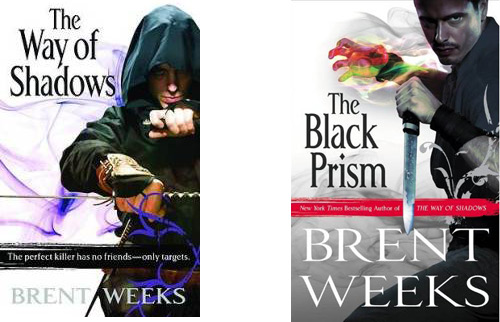 Lauren Panepinto, the designer, on the cover:

Your friendly neighborhood Creative Director here really had a hard time balancing how much to show, what tone the cover should have, what the color of the cover could be (hint, hint), and still remain true to the story and world inside. We must have gone through a thousand poses, color and lighting treatments, and crops. Debate raged for months over this one, as some of you heard about when a prior version of the cover was unofficially released. What was great was so many people were involved in the development of this cover, and so much feedback was taken into account, that I think we’ve really nailed this cover for a book which we hope will blow you away both inside and out.

While I’m not always a fan of the super-realistic digital painting technique used for the art (at least on covers, artwork using the style can be quite striking), I applaud the Orbit team for coming up with a cover that manages to identify with Weeks’ previous novel without resorting to completely emulating it. If there’s anything I’ve learned since the first cover was leaked, it’s that familiarity, and creating a brand for an author (especially one as immediately successful as Weeks) is important for continued success and making sure that Weeks’ fans, the casual ones in particular, can find the book as easily as possible.

I may not love this cover, but I appreciate that Orbit was willing to take a step back and consider some of the feedback generated by my post and others like it.