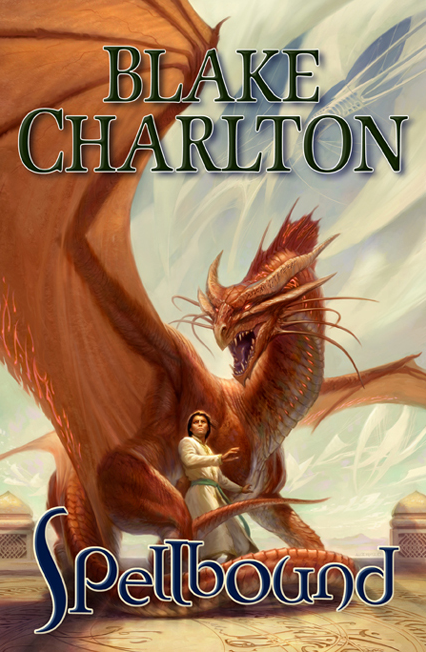 Francesca DeVega is a successful healer in the city of Avel, wielding magical text to close wounds and disspell curses, but her life is thrown into chaos when a dead patient suddenly sits up and tells her to run. Now Francesca is in the middle of a game she doesn’t understand, one that ties her to the notorious rogue wizard, Nicodemus Weal, and brings her face to face with demons, demigods, and a man she thought she’d never see again.

It has been ten years since Nicodemus Weal escaped the Starhaven Academy, where he was considered disabled and useless, where he battled the demon who stole his birthright and killed his friends. Unable to use the magical languages of his own people, Nico has honed his skills in the dark language of the kobolds, readying himself for his next encounter with the demon. But there are complications: his mentor suffers from an incurable curse, his half-sister’s agents are hunting him, and he’s still not sure what part Francesca DeVega will play. He certainly doesn’t know what to make of Francesca herself….

Introducing new twists to the unique magical system of Spellwright and uncovering more sinister dangers, Spellbound is sure to please Blake Charlton’s fans and earn him new ones.

Blake Charlton‘s a good friend (and reader!) of the blog, so I’m always excited to hear more about Spellbound. Spellwright was a strong debut novel, but wasn’t without its kinks. Blake assures me that he’s taken a lot of the feedback to heart and that Spellbound will refine and expand on many of Spellwright‘s strongest features. I can’t wait to get my grubby little hands on it!