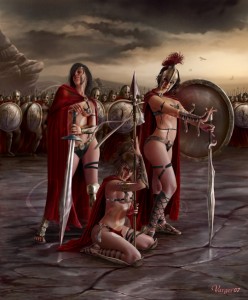 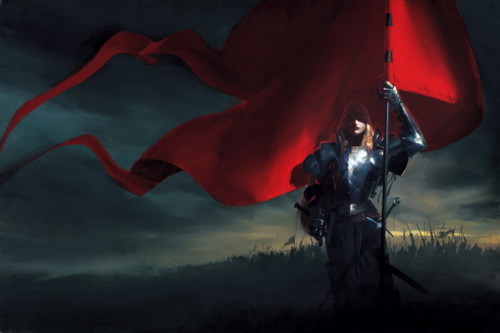 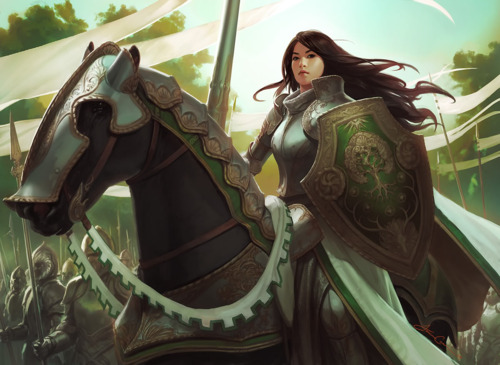 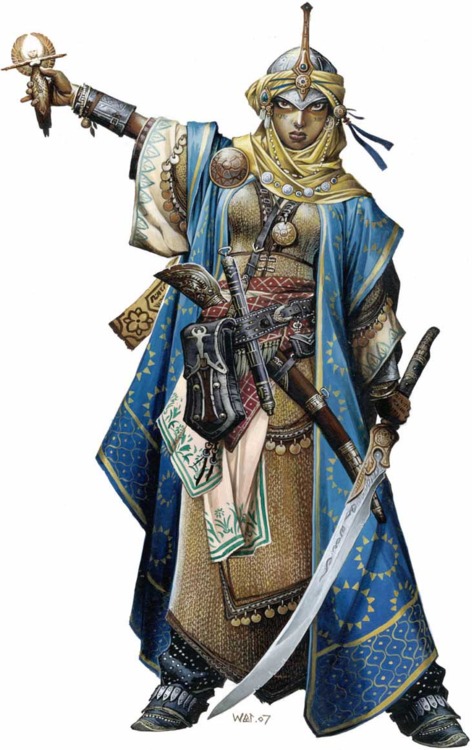 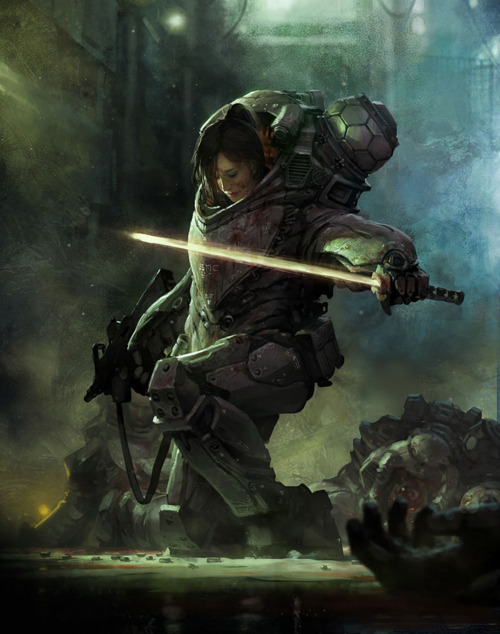 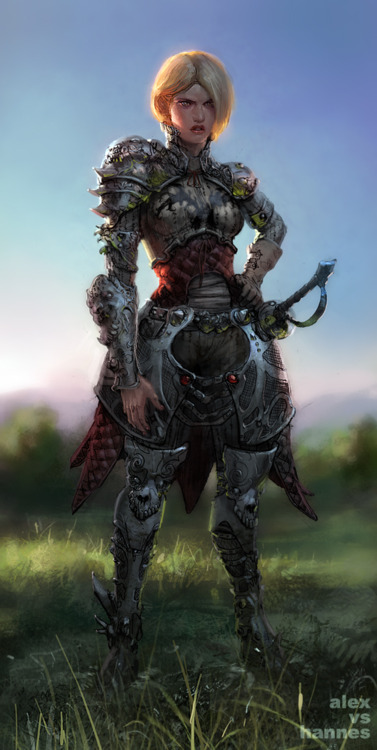 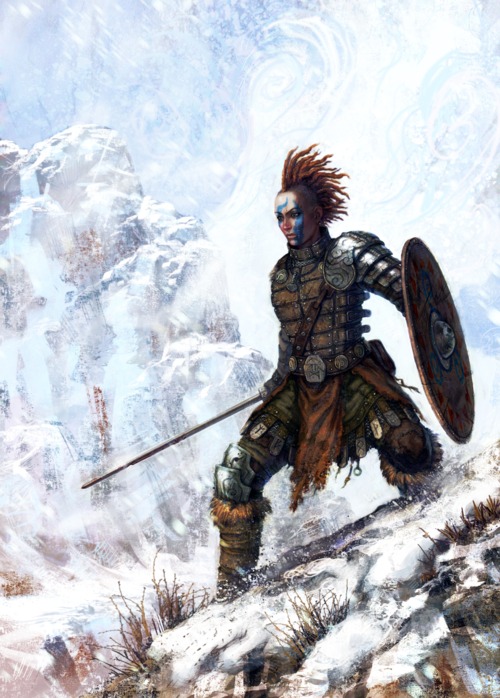 The About page on the website explains the ideal:

Cheesecake has its place.

But I like pictures of women who look like they are legitimately bad-ass. Women that don’t fight in high heels. Women that clearly give a shit about the practicalities of getting in a lethal situation. Women who could most definitely kick my ass.

One thing that I feel obliged to point out is that the majority of the artists of the images on Women Fighters In Reasonable Armor are male, including all of the images above. I’m not laying blame on the editor, who has the best of intentions, but it is a curiousity, especially when you consider that all of the professional artists on this year’s Hugo ballot are also male.

So, who are your favourite female Fantasy and Science Fiction artists?

For further discussion of the role of women in Fantasy and Science Fiction, make sure to check out my coverage of Women in Science Fiction and Fantasy, and the current “Women in SF&F Month” at Fantasy Cafe.