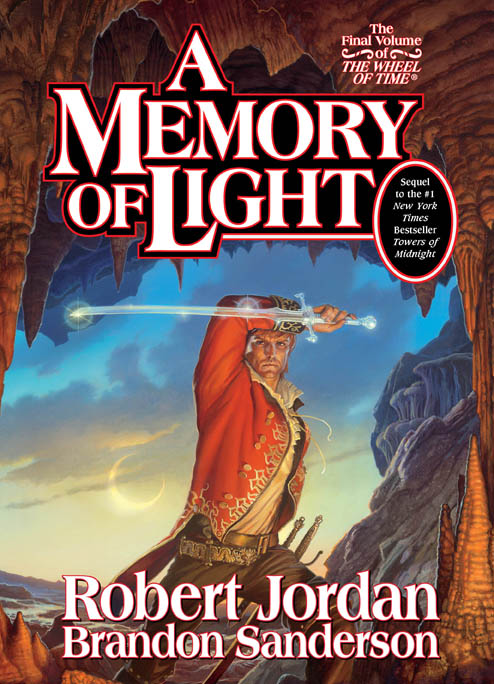 It’s a little underwhelming for a Whelan cover, and, frankly, wouldn’t stand out from the crowd if not for being a Wheel of Time novel, but it’s still one of the better covers in the series. I also hold Whelan to the highest standards in the industry, so it’s not unreasonable to expect his style to be somewhat constrained trying to work inside the rules established by the previous thirteen volumes of The Wheel of Time. Compared to the art for the rest of the series, it stands out not only for its quality, but for the stylistic differences. It will never look quite right sitting against the Sweet covers, regardless of how much I love Whelan as an artist. For reference, you can see the mockup that I created using the original Darrel K. Sweet artwork. The full artwork is gorgeous: 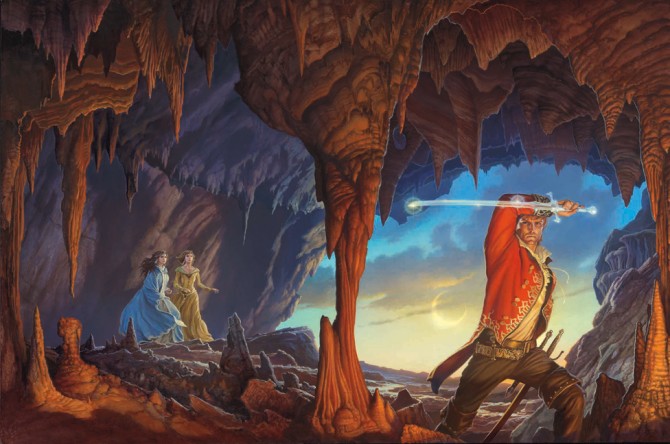 I’ve never been terribly happy with the depiction of Rand in a lot of artwork, and especially the official artwork that has appeared over the years. My favourite has always been Seamas Gallagher’s portrait, but this one is also near the top. I like how Rand looks like an adult, grim and capable, grown from the boy he was at the start of the series. In particular, I like that they’ve included Rand’s iconic red jacket and Callandor looks great. It’s also interesting to note that this art features only two of the women, where the Darrel K. Sweet featured Aviendha, Min and Elayne.