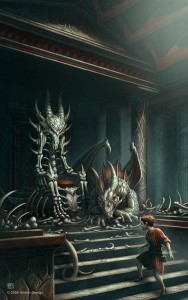 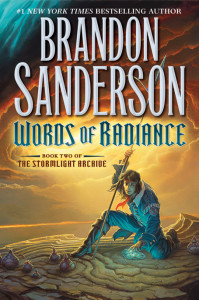 “Michael Whelan, the artist, is one of the few in the business who likes to read every book he does a cover for, if possible,” Sanderson explained. “In this case, he had to start working on the illustration before the book was actually done. So I sent him a description of the ending sequence, and he started sketching out the scene that eventually became the cover.” END_OF_DOCUMENT_TOKEN_TO_BE_REPLACED 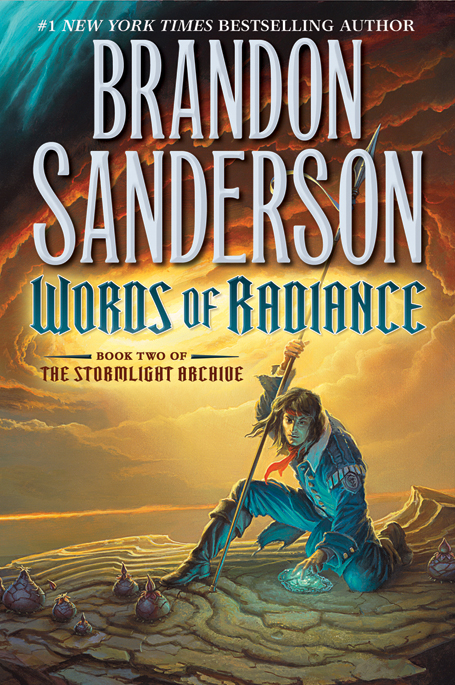 Now, let’s talk a little bit about one of publishing’s biggest catch-22 arguments. Fans have cried ‘foul’ time-and-again when publishers step in and change the style of a series’ covers midway through. It’s great when a completed series gets a re-issue, but, I think I can speak for most fans when I say that it’s nice to have a matching set of books on your bookshelf. On the flip side, though, there are a lot of cases of lazy design work, with the publisher, or at least the art department, jumping on board with what worked in the past and riding it until it keels over from exhaustion. A good example of this is the early cover for Brent Weeks’ The Black Prism. Orbit found huge success with Weeks’ first trilogy, in large part because of the striking covers. Back then, the hooded dude was still waiting tables, just trying to catch a break. Now, he’s everywhere, we’re sick of him, but he established a strong brand for Weeks and his Night Angel Trilogy. The first cover leaked to the public looked like a sequel to Weeks’ first trilogy even though it was an entirely new series. The cover was changed before publication. And then a new cover was issued for the recent trade paperback edition of the novel. It’s gorgeous. Orbit has done a great job of recognizing the need to create a strong brand for Weeks, but not at the expense of driving the concept into the ground. END_OF_DOCUMENT_TOKEN_TO_BE_REPLACED 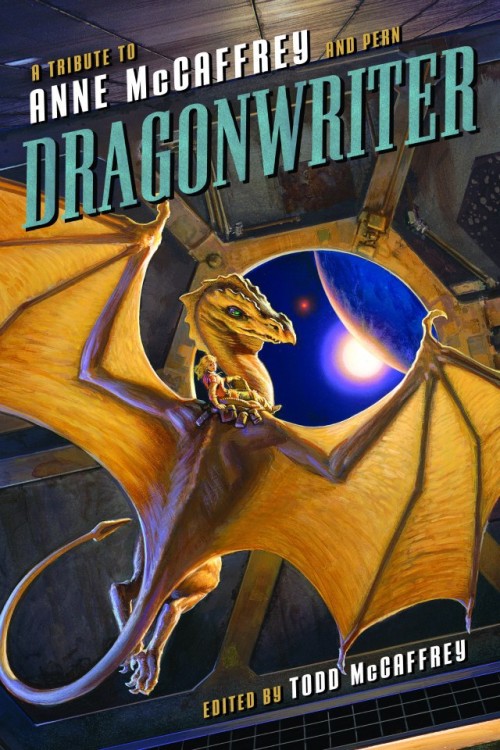 Yesterday, it was announced that Michael Whelan, legendary artist who long provided art for the Fantasy and Science Fiction genres, including Anne McCaffrey’s popular Pern novels, will be providing the cover art for an upcoming anthology celebrating McCaffrey. Tor.com has details about the anthology:

This is notable not only for Whelan’s previous contributions to the series, (including one of my favourite covers of all time), but also because he retired from the cover art industry several years ago, only popping out here and there to provide art at special times (like the release of A Memory of Light by Robert Jordan and Brandon Sanderson, replacing the late Darrell K. Sweet). It nice to see Whelan return to the world of Pern. You can see more of Whelan’s Pern artwork in his tribute post to McCaffery.

Dragonwriter: A Tribute to Anne McCaffery and Pern will be released on August 6th, 2014 by Smart Pop. It is available now for pre-order.