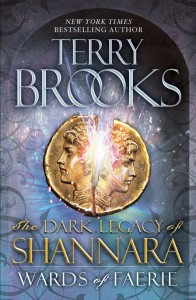 This dissatisfaction extended into the sequel, The Measure of Magic, and grew, leaving me with a bitter taste in my mouth as a longtime Shannara fan. I didn’t review The Measure of Magic, for fear of just repeating the exact same points I made in the first, with only a small measure of irony. Fast forward a year and I approached the release of Wards of Faerie with no little amount of trepidation. Since Brooks concluded The Voyage of the Jerle Shannara 10 years ago, with the exception of Armageddon’s Children, I felt disappointment with each of his novels, from mild to severe. Where was the Brooks I fell in love with as a boy, first discovering Fantasy? Was he gone? Or was I simply grown up, better read and unable to appreciate the type of fiction that Brooks writes? 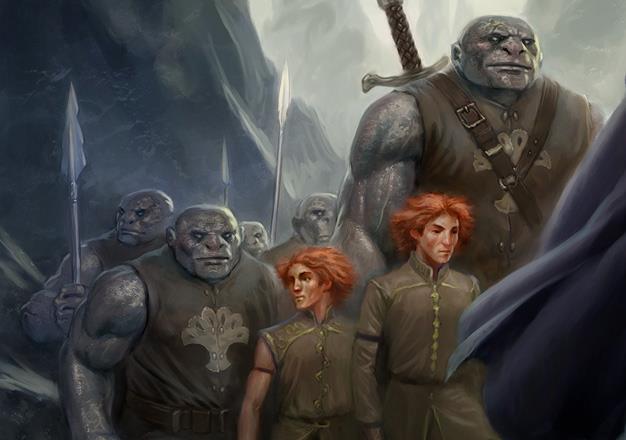 But what I found from almost the first page was different. It was meatier, slower paced and the characters had real motivations, real depth to them that reminded me of his earlier works. Aphenglow Ellessedil might not have been as immediately engaging as Wil Ohmsford or as mysterious as Walker Boh, but there was an inner drive to her quest to find the missing Elfstones that delved deep than my-valley-is-at-risk, or the-bad-guys-are-coming. It was curiousity, it spoke of adventure and promised of new lands to explore. These elements have been scattered throughout Brooks’ more recent works, but they felt more concentrated here, purer. The pages started turning and I finished Wards of Faerie in about a third the amount of time that it took me to finish Brooks’ last novel, The Measure of Magic. I couldn’t put it down.

[It] spoke of adventure and promised of new lands to explore. […] I couldn’t put it down.

Now, that quote I pulled from my review of Bearers of the Black Staff could apply here, as well. The ‘Brooks’ vocabulary is no less prevalent in this novel than it was in his previous series. There’s a druid order fighting to keep magic from dying away in a world that is quickly being dominated by the old sciences, missing Elfstones, plucky young protagonists, grizzled Troll guards. We’ve seen it all before. But were it felt paint-by-the-numbers for the last several books, here it feels invigorated again. It’s not a search for the blue Elfstones again, but an old magic that has been lost since long before the earliest volume in the Shannara timeline. And this time around, the party can’t rely on the magic of the Elfstones to save them or guide them on their journey, for Brooks uses politics and the mired relationship of a broken family to limit their use. The journey is familiar, but the means of getting there is different. There’s a scope here that hasn’t been seen since The Heritage of Shannara, a sequence that is often considered Brooks’ best effort in the Shannara series. 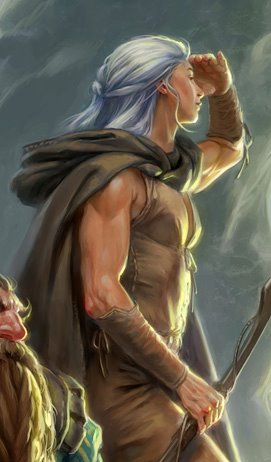 Though the plot remains admittedly familiar, it’s the characters that really shine and kept me invested in the search for the lost Elfstones. Brooks has always worked hard at establishing a mystery early in his novels, but generally falters because the reader can too easily recognize the elements that he’s used to piece together the eventual conclusion. Though, when you really get down to it, that’s still the case where, Wards of Faerie manages somehow to avoid this predictable fate, despite using the same elements as the previous series. It feels fresh. The characters feel like they have something at stake. It feels like Brooks is writing a story he’s excited to tell.

In general, the characters aren’t going to blow away any readers familiar with the genre’s best writers, but they’re interesting and fill their niches well. Every Shannara novel needs an Ohmsford, and Wards of Faerie has Redden and Railing, but I felt that they were under utilized. As twins, their relationship, which is set to diverge in the later volumes of the trilogy, will be key to maintaining the strength of the trilogy. Arling and Aphen’s relationship is similar and Brooks sets up some interesting developments for these two characters as they, like the twins, appear to be set on very different, but equally important, paths in the final pages of Wards of Faerie.

Brooks takes a lot of heat for the novels he published early in his career, particularly The Sword of Shannara, which was a self-admitted copycat of The Lord of the Rings, nurtured by the legendary Lester Del Rey to fit into a void left after Tolkien published the final volume of The Lord of the Rings. It worked. Brooks, along with Stephen Donaldson, helped reinvigorate the Fantasy genre in the late 70s and opened the door for authors like Raymond Feist, Tad Williams and Robert Jordan, who in turn opened doors for authors like Patrick Rothfuss and the mighty George R.R. Marting. It might be difficult for newcomers or younger readers to appreciate Brooks’ impact on the genre, but without him, nothing would exist as it does now. During the 35 years of his career, Brooks has had his ups and downs.

Wards of Faerie is the best novel Brooks has written in years, since Ilse Witch in 2000. It’s full of hair-raising escapes, twists to established traditions and set pieces familiar to Shannara fans and characters, interesting magic and monsters and diverse relationships. Wards of Faerie is enough to convince me that Brooks still has what it takes to write a novel worthy of the Shannara lineage. What that lineage means to you will likely determine what you get out of Wards of Faerie and the rest of the Dark Legacy of Shannara.