I first discovered Brooks after devouring The Hobbit and Lord of the Rings during my early adolescence. Eager, no, desperate for more Fantasy, I read any book my mom, the requisite Fantasy fan in my life, put in my hands. The most impressionable of these was Brooks’ The Sword of Shannara. It’s a novel that now, 35+ years after its first release, fights against its own beginnings as a Tolkien-inspired Fantasy that was crafted by its author and legendary editor Lester Del Rey to provide life and wind to the post-Tolkien doldrums that the genre fell into during the seventies. Where Stephen R. Donaldson, who published alongside Brooks, and was also edited by Lester Del Rey, chose to subvert Tolkien’s methods and themes, challenging the idea that Fantasy is myth and exploring its escapist nature — by casting a bitter adult, skeptical of the existence of the Fantasy world even as he walks through it — Brooks chose to emulate Tolkien by casting two plucky youths, a mysterious mentor, a world to save, and a keenness for adventure. Both stories feature a dark lord, but the their defeats come at the end of roads as different as those travelled by Samwise Gamgee and Meriadoc Brandybuck. END_OF_DOCUMENT_TOKEN_TO_BE_REPLACED

Seems alright. Inoffensive, at least. The trilogy (Wards of Faerie (REVIEW), Bloodfire Quest) as a whole has a nice continuous look, including the screaming red I’m-not-a-sticker sticker. Still, we all know it’s the big, juicy name of the author that will sell these books, not the cover. In all, I’d say it’s a wash with the US cover. 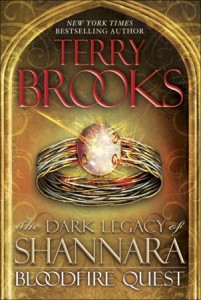 Then I read Wards of Faerie (REVIEW), the first volume in his The Dark Legacy of Shannara trilogy, and, like the clouds parting over the Battle of Pelennor Fields, I was suddenly heartened and reminded of why I first fell in love with Brooks’ novels as a teenager. END_OF_DOCUMENT_TOKEN_TO_BE_REPLACED 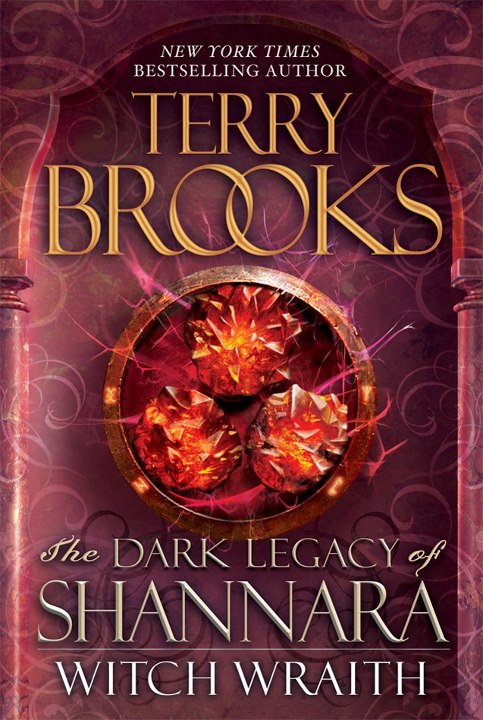 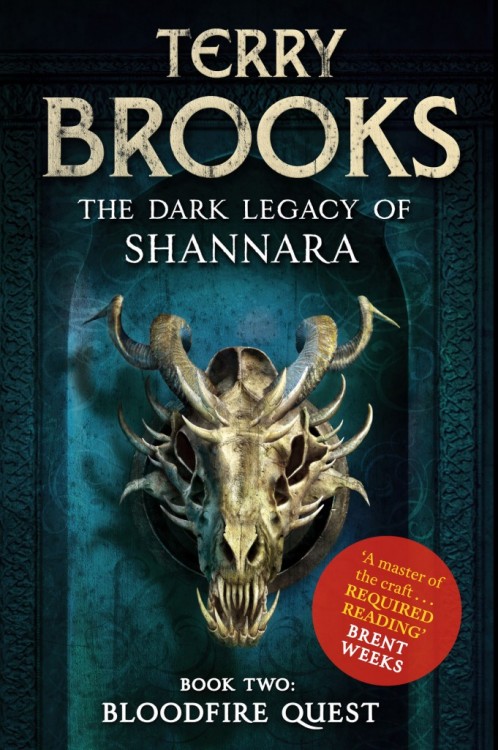