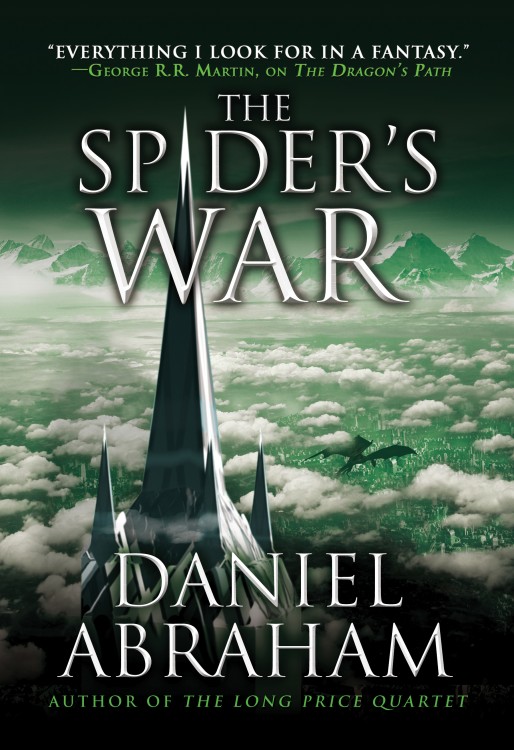 I’ve got one response for this:

(Okay, I actually have more than one response, natch, so bear with me. Orbit Books is one of the few big SFF publishers that understands the value in building a brand for its authors. When they weren’t happy with Brent Weeks’ cover for The Black Prism, they recovered the whole series and created an eye-catching and instantly recognizable series on bookstore shelves. They’ve done so with James S.A. Corey’s The Expanse, and Ann Leckie’s Imperial Radch series. The packaging and branding for Daniel Abraham’s The Dagger and the Coin was never their finest work, but it was bold and the emblematic weapon (sword, axe, torch, shield and spear) were consistent and matched scale.

And, now, suddenly, here’s a generic fantasy landscape with a lifeless dragon and a repeating cloud pattern, with the same handful of buildings cut and paste beneath them. 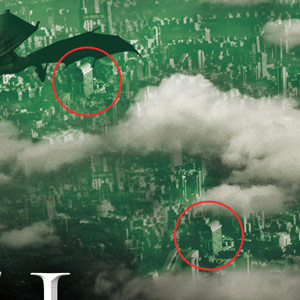 Not only that, they’ve doubly burned the branding on the series by using the tower’s peak as the “i” in the title, something that’s unprecedented in the previous covers.

Come on, Orbit. You can (and have) done better.

This isn’t the fifth book in an ongoing series that needs a kick in the sales pants, it’s the final volume of an attractive series from an author with a lot of diehard fans. Rebranding a series can be a powerful tool for introducing a series to a new set of readers, or giving sales a kick in the pants. However, the cover of the fifth and final volume in a series certainly isn’t going to sell more copies of the preceding four volumes, and, if they’re trying to bump themselves up a few notches on the scale of epic awesomeness, presumably to match the climax of the trilogy, they’ve stumbled over the finish line in a race they led the whole way through.

Disappointed doesn’t even begin to describe my feelings.