My first series, the LonTobyn Chronicle (which I wrote as David B. Coe), was a fairly straightforward epic fantasy trilogy. But I originally conceived of it as something I called “an ecological fantasy,” because it played on ecological issues. I didn’t worry about putting off readers; in my callow arrogance I just figured that those who were interested in the issues would see what I was doing, and those who didn’t would still enjoy the story. The problem was, I used too heavy a hand in weaving those issues into my narrative. In its review of the final volume of the trilogy, Publisher’s Weekly noted this, saying, “Characterization, although present, plays second fiddle to ideology in this epic. It’s as if Robert Jordan began channeling Will and Ariel Durant.”

Ouch. Bad reviews hurt, and I still cringe a bit at that one. In my own defense, I think the good people at PW somewhat overstate the case, and the book was reviewed well elsewhere. But while the wording is harsh, the criticism raises a fair point. Chastened, but not dissuaded, I moved on to my Winds of the Forelands and Blood of the Southlands series, which focused on issues of race and ethnic identity, but camouflaged them more effectively. Mostly. At one point in the sequence of eight books, Kirkus Reviews did say, with typical snark, something about the transparent agenda of the books. But undeterred, I soldiered on. 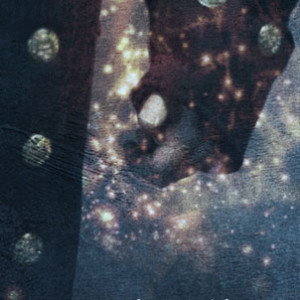 How we deal with love, family, and friendship, how we cope when life disappoints us or we disappoint ourselves, how we reconcile ambition and failure.

“What’s the point of writing stories,” I remember thinking at the time, “if I can’t address larger issues, important issues, issues that shape the world in which we live?” What indeed.

Let me pause here to say that there is absolutely nothing wrong with that approach to writing books. I know many authors who deal with social and political issues in their writing, taking on racism, sexism, homophobia, religious intolerance, child abuse, sexual abuse, other forms of violence, and a whole host of similar matters. They do it well, without subsuming their key narrative elements — character, setting, and plot — to their larger messages. In my own work, I still touch on matters of importance to me, although in a less systemic way than I used to. More often these days, I write about personal issues: how we deal with love, family, and friendship, how we cope when life disappoints us or we disappoint ourselves, how we reconcile ambition and failure. Things of that sort.

Why the change? I’m not sure, really. Maybe it’s that as I have slipped into middle age, faced both success and disappointment in my career, raised two children and done the work necessary to maintain a loving marriage, my concerns have changed. Maybe it’s that as I have concentrated more on simply writing complex characters, twisty plots, and detailed and textured settings, I have enjoyed my craft more. I remain as political as ever in my daily life, but I feel more comfortable these days leaving my ideology behind when I step into my office to work. 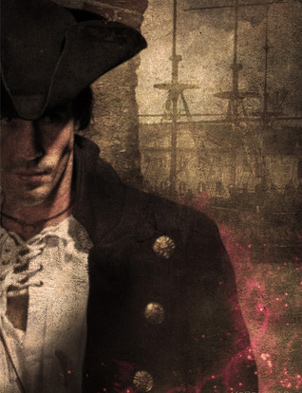 And if the story ended there, it would make for an interesting, albeit brief post. But of course it doesn’t. Rather, this is where things get really interesting.

I am now writing historical urban fantasy under the name D.B. Jackson. The volumes of the Thieftaker Chronicles — Thieftaker, which came out last year from Tor Books, and Thieves’ Quarry, which is to be released tomorrow, July 2 — are set in pre-Revolutionary Boston and feature Ethan Kaille. Ethan is, among other things, a thieftaker (sort of the 18th century equivalent of a private detective), a conjurer, an ex-convict, and a political Tory. As it turned out, that last generated some surprising feedback from readers of the first book.

Tories, for those who don’t know, were Colonial loyalists, supporters of the Crown and Parliament. Whigs were those like Samuel Adams, who opposed Parliament’s efforts to raise revenues and eventually supported rebellion against the British. Several readers told me that while they liked Thieftaker, they would have enjoyed it more if Ethan had been on the “correct” (my word) side of the conflict with England. They wondered why I had chosen to make him a Tory, to which I could only reply that I hadn’t made a conscious choice one way or another. I developed his character based on his personal history, his past relationships, his demeanor, his current circumstances. And it became clear to me that he couldn’t be anything but a Tory, at least at the outset of the series. I would have been a Whig, but I’m not Ethan, and he is not me. In many ways, I’m still getting to know just who he is.

For those who don’t understand how an author can develop a character without knowing him or her fully and without making intentional choices, I can only say that it happens. My characters surprise me all the time, doing and saying things that I neither planned nor expected. And in Thieves’ Quarry, Ethan really shocked me. Late in the book, he explains to someone what has been done with conjurings over the course of the previous few days. The man to whom he is speaking is deeply disturbed by what Ethan tells him and nearly orders Ethan from his house. “If this power you wield can give and take life with such ease,” the man asks, “how can such a thing not be evil?”

“I carry a knife on my belt,” Ethan replies. “I can take a life with it. Does that make the knife evil? Or does the question of good or evil fall to the man holding the blade?”

Again, I am not looking for a fight, nor do I wish to start a discussion on gun rights. But I am a political progressive, and I would never dream of making an argument like this in favor of gun ownership. And to be clear, I didn’t make the argument; my character spoke the words — I didn’t realize that he would until I typed the line. I knew immediately, though, that it was absolutely the right thing for him to say. 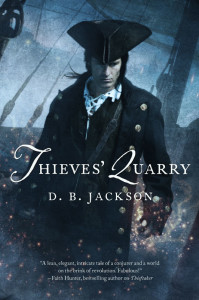 So, I have gone from writing books with ideological undercurrents early in my career, to writing a lead character with whom I might well fundamentally disagree on one of the most emotional political issues of our day. That’s a long way to go. And as a writer, I take great pride in having traveled that distance. One of the reasons I love the Thieftaker books so much and believe that they represent my finest work to date, is that I have created a protagonist who is completely a man of his time and place, and who is as independent of me as a product of my imagination can be.

Again, I make no judgments regarding those who write fiction with ideological or political underpinnings. I read such books quite often, and I enjoy them. But it turns out that for me, the issues I thought were so important to my work were actually holding back my development as a storyteller. Once I concerned myself solely with narrative — with character and setting, plotting and tone — my writing improved and I was able to take greater pleasure in plying my trade. I may find myself at odds with my characters more often than I used to, but that only serves to make our interactions more compelling.