From Twilight’s admittedly problematic Bella, to Game of Thrones’ ineffectual Sansa Stark [Editor’s Note: Just keep reading/watching, Anna. ;)], women who were the recipients, not the perpetrators of action began to overwhelm our fiction.  And these women, often depicted as heroes, succeeded in spite of their insecurities: after encountering a guide or a mentor,  each experienced a pivotal moment that guided her inner heroine out of the shadows and into the light. 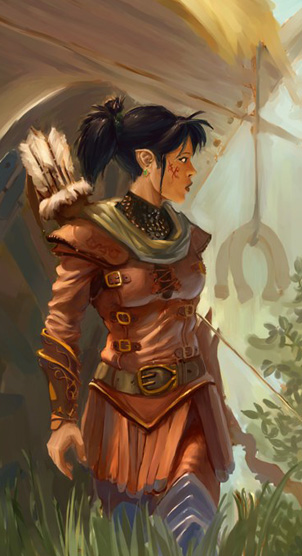 I confess: I loved Bridget Jones’s Diary.  I reread it voraciously tucked beneath the sheets in my small dorm in college, letting Fieldings’ words distract me from bad dates and disappointing finals grades.

But at the same time, it bothered me.

The lure of the bumbling heroine is obvious, even more so in fantasy fiction where the stakes are high and the journey long and complicated.  There’s something compelling about an imperfect heroine able to unlock the extraordinary in spite of—and sometimes because of—her many deficiencies.

The message is clear – if Bridget Jones can do it, why can’t we?

Perhaps we feel even better knowing that the heroine is not quite like us.  In many cases, she may even be less so.  Less confident, less strong, less clever.  Meyer’s Bella, slinking around denying that the beautiful Edward has fallen for her.  Charlaine Harris’ Sookie Stackhouse, oppressed rather than empowered by her unusual talents.  George R.R. Martin’s Sansa Stark, trapped behind enemy lines and relying on the hope that a knight will come to her rescue.

Are female readers really struggling so much with their lives that they need this falsified bolstering?  At a time when women have more power and more freedom than ever before, why are we still clinging to the premise that we need to set the bar low in our escapist literature?

The Bridget Jones character becomes all the more frustrating because she is a relatively new development.

Fiction that is hundreds of years older is also full of tropes: heroines and villainesses, courageous women and damsels in distress, self-sacrificing Madonnas… but nobody flouncing around in a corset two sizes too small talking about how she’d like to lose weight this year, ogling a pretty pair of stable boys or moping over her inability to make small talk.

But no Bridget Jones.

“Ambush from the Treeline” by Lucas Graciano

Marguerite was more than just a queen – she was political, brilliant, and calculating.

Alexandre Dumas, story-teller extraordinaire of his day, (author of The Three Musketeers) wrote a charming and under-appreciated two volume work of the life of Marguerite de Valois.  The book opened with her unwilling marriage to the first Protestant King of France, Henry of Navarre (the one who famously converted with the catchphrase, “Paris is worth a mass.”)  Marguerite was more than just a queen – she was political, brilliant, and calculating.  Ambassadors and historians praised her as much for her learning and linguistic gifts as for her beauty.

When Dumas immortalized her in prose, he chose an unusual episode – the story of the most famous of hers lovers, Boniface de la Mole, who paid a high price for loving a princess (execution), and whose head Marguerite dutifully preserved afterwards.

As I struggled to create my own memorable female characters, I wavered between these two extremes.  Should Nicola de Brull be more like Bridget Jones, or Marguerite de Valois?

The lure of Bridget Jones was hard to shake.  After all, the book was a best-seller for a reason.  As guilty-pleasure magazine Marie Claire succinctly put it,

Bridget’s penchant for vodka, cigarettes and bad boys helped make the weight-obsessed, Spanx-sporting singleton one of the most loveable and relatable characters ever. Let’s face it, there’s a little bit of Bridge in all of us. 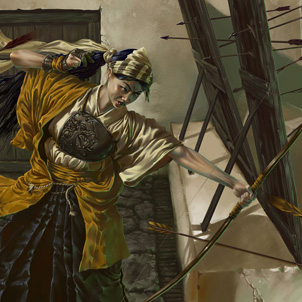 Make no mistake, Dumas’ Margot was not a preternaturally “strong” female character – certainly not the take-no-prisoners guns-blazing prototype that Sophia McDougall railed against so convincingly in this famous piece. She didn’t practice kung-fu, trembled when armed men broke into her bedchamber, and was described as “bending beneath her grief” as she carried away from the hangman the head of her beloved.

Yet the one thing I kept coming back to was how strong and self-assured she felt, even in her moments of greatest peril.  I remembered how refreshing it had felt to read about her, when I was a thirteen-year-old girl struggling with conviction and confidence.

Dumas described Margot as being the possessor of “a lofty dignity.”  She was able to take on lovers, withstand the machinations of her infamous mother, Catherine de Medici, and continue to follow her own council even in the face of grave adversity.   Yet she made no excuses or apologies for either her self-interest or her ambition.

When a former lover reproached her for coldness, instead of making excuses or falling into self-doubt she simply said, “And did you find that I behaved otherwise than the Queen of Navarre should behave?  …I may not love my husband but no one has the right to require me to betray him.” 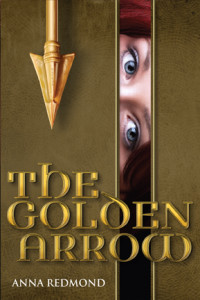 Something in me felt better reading those lines – hearing Marguerite express an uncompromising sense of self-worth was refreshing.  After all, male characters were frequently aspirational – a stand-in for the heights man could attain if he chose to.  Why did female characters have to be relatable?  And, furthermore, why did that relatability always have to come paired with an extraordinary amount of self-criticism?  A male character could be a slob.  A female character would be a slob who was constantly trying to reform herself.

I decided then and there that I would not go down the Bridget Jones path. Marguerite’s strength did nothing to lessen my fascination with her life and her predicament. Even though she wasn’t all that relatable.  Even though I wouldn’t put an interest in politics above my own personal happiness.  Even though I would never keep a dead man’s head on my shelf.

So when I wrote Nicola de Brull, I gave myself the freedom to make her interesting. To make her flawed and imperfect.  But I didn’t yoke myself with the necessity of making her relatable.

Because I realized that at the end of the day, relatable is just another double standard. 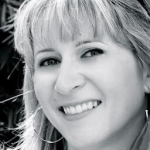 Anna Redmond lives in Southern California with her husband and daughter. In addition to writing fantasy fiction, she enjoys cooking and being outdoors. One day she would like to open a restaurant serving dishes featured in the Golden Arrow series. Her book is available on Amazon in ebook and via the Science Fiction Book Club in hardcopy.