My own experiences within science fiction are fairly shallow (at least in terms of the scope of this project), so I asked some of my favourite authors and writers to tell me a bit about their favourites. So, join me, Julie Czerneda, Ann Leckie, Francis Knight, Andrew Liptak, Teresa Frohock, and Maureen Kincaid Speller as we gush about some of the best novels that science fiction has on offer.

The most popular answer by far? C.J. Cherryh. Ann Leckie appreciates Cherryh’s approach to science fiction through the angle of linguistics and anthropology, rather than the more traditional sciences of physics and biology, and Julie Czerneda calls Cherryh’s work “consistently amazing.”

“My favourite SF by a woman?” asked Julie Czerneda, the Phillip K. Dick nominated author of The Clan Chronicles. “C.J. Cherryh’s Foreigner series, hands down. Foreigner’s protagonist is a civil servant/linguist/librarian named Bren whose competence and integrity turn him into the pivot point between two species: his own, uninvited Human settlers on the planet Atevi, and the Atevi, who barely tolerate their presence on their world. These are novels of first contact, as Bren’s understanding of the Atevi grows, and novels of space travel and how that affects us over time, as others return to Atevi. What pleases me most about this series is that the Atevi, however we come to understand and care about them, are not us, will never be us, and yet Cherryh manages, through Bren, to forge a credible and ever-evolving partnership. She also shows us the development of a space industry within a society different from our own, and its repercussions, which are hauntingly familiar. Very highly recommended. I gobble up the entire series with delight each time the next new title is released, and never fail to find some new twist or small detail to enjoy.”

After fighting past the challenge of narrowing her list down to one favourite, critical darling Ann Leckie, author of Ancillary Justice, came to the same conclusion as Czerneda. “So, it’s actually kind of difficult to narrow it down–my favorite SF book or series by a woman?” she pondered. “The answer has changed at various times during my life, too. Most recently I suppose I’d have to say C.J. Cherryh’s Foreigner series. It’s not “hard” SF–or, that is to say, it’s not particularly interested in physics or even biology–but rather more linguistic and anthropological. Its also one of those books where, if you don’t find the central character appealing you might as well put the book down and find something else. If you do, well, likely you’ll be more or less happy to read three hundred pages of him drinking tea.”

Francis Knight, author of the Rojan Dizon series, was also on the Cherryh hypetrain, but her choice was a bit aslant of Leckie and Czerneda. “Two of my all time favourites from long ago when I read much SF — Pride of Chanur and Merchanter’s Luck — are both by CJ Cherryh,” she told me. “I love the depth of her characters, and how the worlds are allowed to unfold in front of us rather through the interaction of the characters with their setting. In Pride of Chanur, too, she shows us the workings of an alien mind (she does this is several of her SF books) which I find fascinating.” 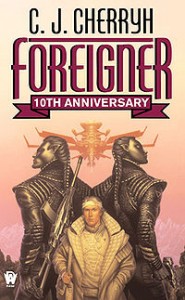 I love the depth of her characters, and how the worlds are allowed to unfold in front of us rather through the interaction of the characters with their setting.

My own choice here was easy: C.S. Friedman’s Coldfire trilogy, starting with Black Sun Rising. I can hear your argument from here. “But, it’s fantasy!” Sure. On the surface, the trilogy shares a lot in common with traditional epic fantasy: quest structure, gothic world, vampires, magic, interdimensional demons. It’s all there. But, I think what makes Friedman’s work stand out so starkly against other fantasies is its science fiction roots, which hide under the surface of every element in whole trilogy.

At its heart, Friedman’s trilogy is about humanity adapting itself to best survive in a hostile environment. This occurs in broad strokes, as Friedman builds a world and cultures scraping by on an alien world, and a more personal level, as the (anti-)heroes struggle through the brutal fae-wracked lands between them and their goals. On an even tighter level, Gerald Tarrant, one of science fiction’s most fascinating characters, fights against the human roots planted deeply within him, and the wild magics he has harnessed against the fae magics. Friedman complicates this by casting a fading humanity into a situation where they cannot rely on the technology that has guided their civilization for millennia, but must return to their roots and examine their past failures. Science fiction is often about humanity’s intersect with technology, but the Coldfire trilogy is about humanity removed from technology. And it’s fascinating. 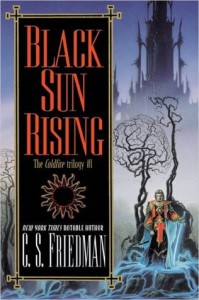 As with all readers, early exposure to amazing books helped set Leckie on her path towards winning the Hugo and the Nebula for Ancillary Justice. She put in a good word for an under appreciated childhood-favourite: Andre Norton. “I also, though, want to put in a word for the favorite of my youth–which would have been a tie between The Zero Stone and Sargasso of Space, both by Andre Norton. Norton has received a fair amount of acclaim–she had a World Fantasy lifetime achievement award, she was a SFWA Grandmaster, she’s in the Science Fiction Hall of Fame. But I kind of feel like her name doesn’t come up in lists of big name, influential writers nearly as often as it should. 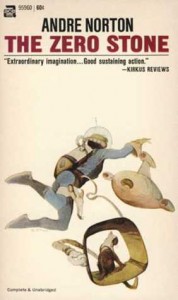 “Putting aside Ursula Le Guin,” said Maureen Kincaid Speller, reviewer for Strange Horizons, “who showed so many of us that it is possible to produce readable, humane science fiction, and Karen Joy Fowler, who is one of my favourite sf writers, the list contained a couple of, to me, significant omissions: Pat Murphy and Kathleen Ann Goonan. Pat Murphy’s incomparable The City, Not Long After, with its vision of a post-apocalyptic San Francisco which has become a haven for artists. Now, they are confronted by Four Star, a former army general who is determined to impose order in the usual way, and recreate the glory that was the United States. Obviously, they will fight him with art  it’s a witty but also deeply serious novel, which seems to me to celebrate the opportunities that have arisen post-apocalypse.

“Kathleen Ann Goonan’s Nanotech Quartet, beginning with Queen City Jazz, presents a USA transformed by nano- and biotechnology, and jazz. Like The City, Not Long After, it seems to me to be able to find joy and beauty in among the uncertainty of catastrophic transformation.”

Buy The City, Not Long After by Pat Murphy 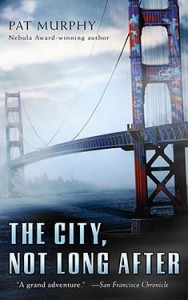 Buy The City, Not Long After by Pat Murphy

Andrew Liptak, freelance writer for Kirkus Reviews and Tor.com, was quick to gush about a writer he recently had an opportunity to work with on his first anthology, War Stories. “If there’s any author that I think is criminally under-read / under-bought and under-known, it’s Karin Lowachee,” he said. “I first met Karin’s works when a friend of mine pushed a copy of her debut novel, Warchild, in my hands, insisting that I read it. I did, and over that summer, we traded the remainder of her trilogy (Burndive and Cagebird) between us. In the following years, she vanished, only to reappear in 2010 with a new novel, Gaslight Dogs. Her stories taught me that fiction can be a broad canvas, and that minor characters in one novel can have lives of their own in others. Her works are powerful character dramas, from her characters in her novels, to those in her short stories. When I began to edit War Stories, she was one of the first authors who came to mind, and I was thrilled to accept her story, Enemy States into the book” 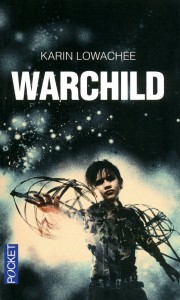 Up Against It by M.J. Locke

“Up Against It by M. J. Locke,” Teresa Frohock, author of Miserere was quick to respond. “I’m not going to give you the blurb, but I can tell you all the things that I loved about this novel. The writing is engaging and the pacing is excellent. I love a good political mystery and Locke delivers on all fronts with Up Against It. It’s a tight novel that wasn’t stingy with either the science or the fiction, and the most important aspect to me, the characters, were all believable and intriguing. I also loved the fact that Jane Navio is a mature woman, who knows how to make tough decisions and navigate treacherous situations with her brains and not a gun. It’s the best science fiction that I’ve read in a long time.”

Buy Up Against It by M.J. Locke 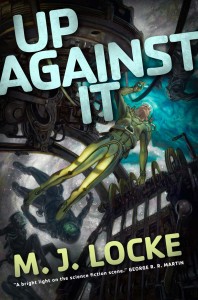 Buy Up Against It by M.J. Locke

“Are women destroying science fiction?” asked K. Tempest Bradford of NPR. “Yes. Women created it, so it’s only fair. […] In destroying it, women are creating a larger space for themselves within science fiction; one filled with their voices, dreams, experiences and realities.”

C.J. Cherryh remains a popular choice, and continues to publish exciting science fiction and inspire new writers, and writers like M.J. Locke and Karin Lowachee proved that diversity, thoughtfulness, and undistilled fun still exist in the genre. It’s interesting to note that only Karin Lowachee, Julie E. Czerneda, and Kathleen Ann Goonan publish under names that aren’t gender-non-specific or initials. Is this a coincidence stemming from a small sample size? Or a larger trend? In a genre as rich with wonderful women as science fiction, we can dream of a day when the name on the cover can be ‘Celia’ or ‘Carolyn’ or ‘Alice’ without reserve. Are we getting closer to that day?

What are some of your favourite science fiction novels written by women?