Well, some people do, post it online, and it’s called fan fiction (and there’s some awesome fanfic out there, don’t you doubt). At the same time, other people do, get paid for it, and it’s called tie-in writing. I fell into the latter category when I was contracted to write stories for Paizo’s Pathfinder Tales, a tie-in fiction line to the Pathfinder roleplaying game. So far, my work has included short stories such as “The Weeping Blade”, “Hunter’s Folly”, “The Price Paid”, and my novel, Forge of Ashes.

And lemme tell you, it’s been a blast! Sadly, some people think tie-in writing is a sell-out approach to the craft, or it never can match the quality of “original” work. For me, though, writing tie-in tales is an amazing and fulfilling creative challenge that I definitely want to continue doing more of. Yes, it has its drawbacks and downsides, but I find the pros far outweigh the cons. Let’s discuss.

The Burnt Toast of Tie-In Fiction 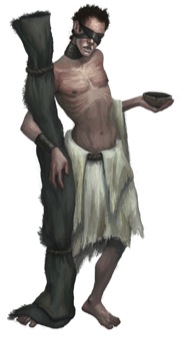 The Sunny-Side Up of Tie-In Fiction!

With all that in mind, writing Forge of Ashes was immense fun, to say the least. I love good sword-and-sorcery adventure, so that’s what I set out to write, adding in a few larger battles and lots of monsters along the way. Working with James Sutter, Paizo’s executive editor, I developed a number of plot pitches he reviewed and helped me hash out until we settled on the one we felt would work best. Paizo then has an in-depth novel and character outline process, so their team can approve all the main details and ensure everything fits within both the game lore as well as gameplay mechanics. Once all that finally got green-lit, it was time to sit down and draft this thing! 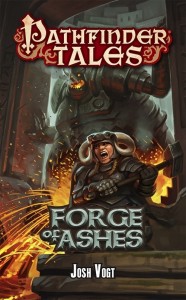 Now, I’m an outliner/plotter by nature, so by the time I started on the first chapter, the actual drafting process sped by with fewer speed bumps than I expected. Paizo’s methodology really empowered my own, and I’ve even been incorporating some of the extra steps they required with my original, ongoing projects.

But let me emphasize this for anyone who might believe tie-in fiction equates to “phoning it in” creatively. It’s work. Hard work. But it’s also a unique experience that can help you grow as a writer. However much I get to do tie-in projects moving forward, you can bet I’ll bring as much passion and polish to the story as I do with my own writing. It’s not a creative compromise. It’s not selling out.

And it’s definitely an adventure.

Now…onward and upward to the next one!