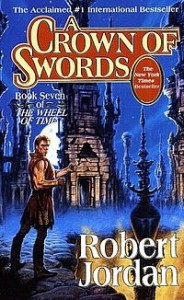 As I believed I mentioned somewhere earlier in one of my commentaries, A Crown of Swords was actually the first WoT book that I read. I was in the midst of my MA exams (I want to say I purchased the book during the week between my MA writtens and my MA orals) and I wanted something light to read. I was doing my usual late-night grocery shopping when I thumbed through the books in the display. One of them looked somewhat promising. Said it was one of several books by this author (I should note that this was the alternate paperback cover that didn’t feature any of Darrell Sweet’s artwork, or else I might not have ever picked up the book in the first place), but no indication if this series was a bunch of stand-alones or part of an ongoing serial. Since it was only $7 or so and I was bored, I picked it up and read it the next day/night or two between my readings on the Second International.

There weren’t quite as many “Oh hell, why did I decide to re-read this and to do so without skipping paragraphs at a time?” moment as there were in the previous two volumes.

I remember finding the thing to be a sort of mystery (obvious, since there were six volumes before it), but I was quickly able to figure out the particulars based on the repetitions within the text. It was a nice antidote to the heavier historical monographs that I had been reading, so I decided to buy the first six volumes and read them in order (once I was in a bookstore a week later and could browse the SF/F shelves, almost for the first time, for this mostly-unknown-to-me author).

I believe I re-read it a couple more times between early November 1997 and the autumn of 2000. None of those subsequent re-reads appealed to me as much as the initial read did and I found myself thinking even worse of this novel after finishing my first re-read of it in nearly 10 years. And yet, there weren’t quite as many “Oh hell, why did I decide to re-read this and to do so without skipping paragraphs at a time?” moment as there were in the previous two volumes. Of course, this is probably due to the fact that A Crown of Swords was nearly 150 pages shorter than its predecessors. 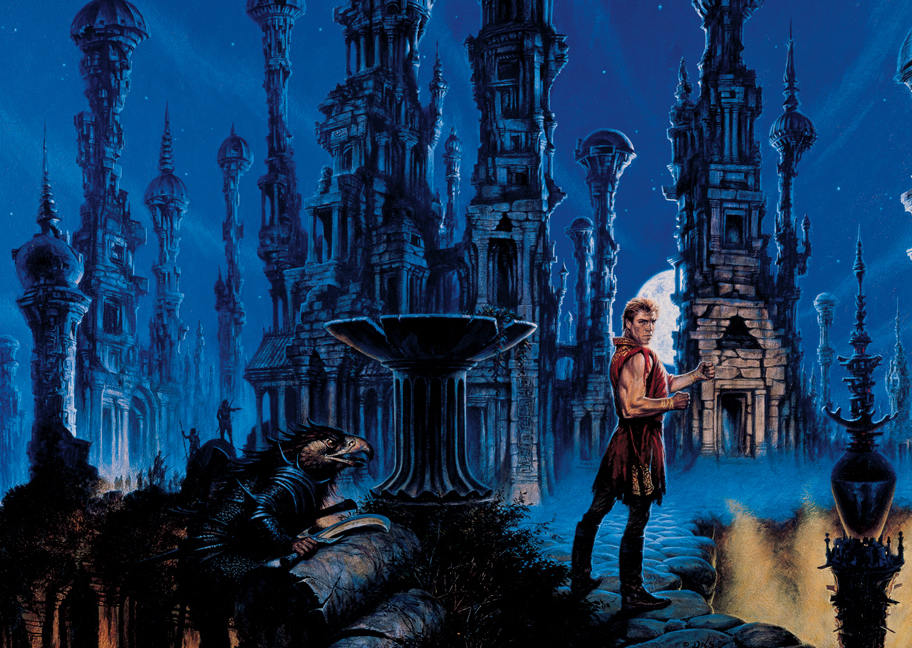 Although I noticed this occurring to some extent in the earlier novels (and especially in the fifth and sixth volumes), there was an ungodly amount of attempts to have situational comedy tropes within this novel. I have no problems with comedies of manners; Henry Fielding’s 18th century classic, Tom Jones, is one of my all-time favorite novels. But this novel was overloaded with these attempts to juxtapose the serious with the ridiculous. It would have been one thing if Jordan had interspersed these moments better or have more variations on the theme of showing how little people understand each other (and how that lack of understanding is the inverse of how confident they are about their abilities to understand others). But ohhhhh noooo….Jordan just had to bludgeon the reader throughout the entire narrative and virtually every single subplot with near-countless repetitions of the same type of character interaction and character response. It felt ham-handed and rather numbingly dull after a while.

Related to this was the sense of stagnation that I got when reading the PoVs of several characters. Despite Jordan’s attempts to portray some development, several of the main characters felt as though they had been stuck in a rut for the past 3-5 novels and that they would still react in the same oft-ridiculous fashions. From having Elayne and Nynaeve screw up yet once again in negotiating with another to them somehow making it through, to the PoV females universally treating the male characters, especially Mat and to a lesser degree Rand and Perrin, like a rotting skunk carcass (and the males beginning their emo-like stages of handling this), to the tinny EVILness of the Black Ajah and the surviving Forsaken, it just all felt as though I were watching a bunch of episodes of Scooby-Doo Mysteries back-to-back-to-back-to-back and seeing the same structures repeating themselves. Combine that with the overdoing of the comedy and I found myself struggling to engage with the story.

The storylines here are more like post-coital moments – slow, languid. 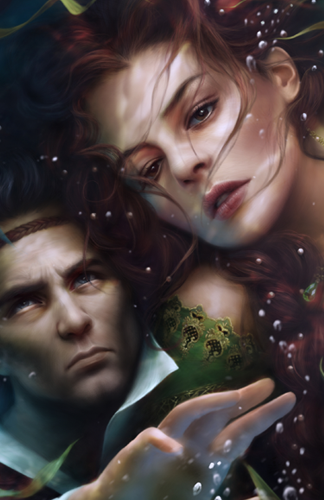 The storylines here are more like post-coital moments – slow, languid, with not much sense of urgency after the storm had broken, which I suppose is an ironic sentiment to have, considering the talk near the end of the novel about a storm that was coming. There’s barely any resolutions to speak of, outside of Rand and the Forsaken Sammael (I will not eat it with a fox or in a box, Sam-I-Am!). The Bowl of the Winds subplot is left unresolved, as it still hasn’t been used at the novel’s end and the weather is still screwy there. Egwene is still fighting for control of the rebel forces and the march continues. A cliffhanger or two is interspersed as well.

Oh, I’m certain that fans of the series will argue that there are some key developments. To a small extent, they would be correct. More prophecies are uttered, the Hero moves toward becoming like the Arthurian Fisher King, and chaos is being reaped. If anything, the baddies’ real dastardly plan is revealed here, as the remaining Forsaken, power-hungry and thus blinded by their greed and ambition, are just fronts for a nasty shell game, where the objective is really to unravel reality and to spread chaos throughout the land in order to smooth the road for the Dark One to burst forth. That is actually an interesting twist to the series so far and I would applaud it, if only Jordan could have created a more plausible rationale in the earlier novels. Here, it just feels a bit stuck on.

The usual complaints about the writing and the prose are again raised upon this latest re-read. I’ve already mentioned before how grating I find continual repetition and when it is coupled with a limited range of adjectives for character actions, this becomes magnified. Jordan never really was a good sentence crafter, but here it felt as though he were using sentences of character and clothing description to cover up perceived deficiencies in the dialogues. It is sad that a running joke about this series is that of women sniffing while smoothing their blue slashed with cream skirts. Strip away the extraneous description and very little happens within the character exchanges outside of the above-mentioned monotonous comedy of manners.

Too many dull and redundant moments for me to be enthused about reading it.

But yet there was a greater sense of focus here. The Rand and Ebou Dar chapters get a lot of play and while the Ebou Dar one overplayed its comedic elements, any enjoyment I derived from the book came from reading the Rand chapters. Perhaps it is because I am aware of how this plays out in the following five volumes, but I did find Rand’s progression into a hardened, ruthless character to be fairly well-done. Sure, there were times that he moaned too much in the internal monologues (which still continue to plague me whenever I read this series), but on the whole, the character actually had some believable development done over the course of this novel.

So while it wasn’t as disjointed in feel as was Lord of Chaos, A Crown of Swords contained too many dull and redundant moments for me to be enthused about reading it. Onwards and upwards. After all, on the heights The Path of Daggers awaits. 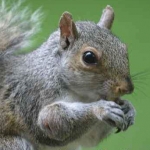