To provide some personal context, I spent a not inconsiderable portion of my early internetting years on a still-extant SFF site called Elfwood, which serves as a repository for fantasy-themed artwork and stories, both original and fan-made. On this site, there were multiple stories by the same author about sentient dragons that focussed purely on the romance and politics of their lives, and at a point in time where dragons were basically my favourite thing in the world, they made an indelible impression. There were other stories I loved in a similar vein, often about girls who could shapeshift from human to dragon – I suspect, at the time, a lot of young writers were equally inspired by Anne McCaffrey’s Pern books – or sentient wolves, or other non-human creatures, and it says something about their collective impact that, almost twenty years later, I still think about them fondly.

And yet, whenever I picked up a published fantasy novel, this focus on non-human characters and societies was never quite replicated. Yes, there were dragons, and yes, there were aliens, but such species were invariably secondary to the human protagonists, or else showcased in a setting that was more militaristic than social, and my itch for more in this oeuvre remained unscratched. The Final Fantasy games came close, with their lush settings and spectacular creatures – as, indeed, did James Cameron’s Avatar, which is why, despite the frequently stilted dialogue and deliberate exoticism, I can’t help but enjoy it – but they weren’t books, and for the longest time, I assumed these tropes that had touched me so deeply, and which I’d braved the perils of early dialup to indulge, were like a sort of secret language: a slice of fantastical teenagegirlness that I was destined to never see treated with professional respect. 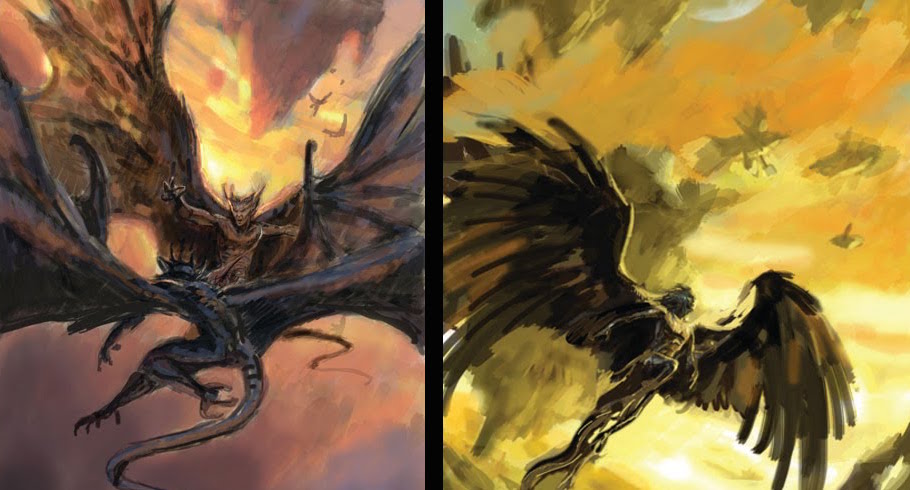 And then along came Martha Wells, and gave me this utterly perfect thing I’d wanted since I was eleven; as though she’d reached across the ether, magically delved my hindbrain and said, Yes. I shall write Foz Meadows that series of books about dragony-humany shapeshifters in a sprawling, massive, complex world of magic and creatures and cultural politics she’s always wanted, complete with extra Feelings. Let it be so!

Basically, I will die on a fucking battlefield for these books, and I don’t care how unobjective that makes me sound: they are amazing, and you need to give them a try.

Here’s the opening premise: Moon is a shapeshifter who appears either as a brown-skinned, humanoid groundling or a winged, scaled, dragony biped, but, owing to the tragic circumstances of his youth, he doesn’t know what species he is. The realm he inhabits, called the Three Worlds, is not only physically massive, but enormously diverse, populated with endless different types of groundling, sealing and skyling – some sentient, some not – and when we first meet him, Moon has gone his entire life since childhood without meeting anyone like him. Worse still, the only race he’s ever encountered who even remotely resemble his own are the Fell, whose legendarily cruel, violent predations have made shapeshifters an almost universal target of suspicion. As such, while Moon has lived in a wide variety of groundling cities, he’s always done so in fear of having his second form discovered; and whenever this has happened, he’s either been summarily attacked or forced to leave.

But at the start of The Cloud Roads, he encounters another shapeshifter: Stone, an old and extremely powerful Raksura, who is both sceptical and horrified at the notion that Moon doesn’t know what he is. Moon, Stone informs him, is a Raksuran consort – meaning, a fertile male warrior – and as it so happens, Stone’s home court of Indigo Cloud is in desperate need of a consort for their young sister-queen, Jade. Having nothing left to lose, Moon accompanies him, and is immediately immersed, not just in his newly-discovered Raksuran identity, but the Indigo Cloud court’s struggle for survival.

Over the course of the next two books – The Serpent Sea and The Siren Depths – Moon, along with his queen and mate, Jade, and his friend and occasional lover, Chime, are caught up in a series of extraordinary adventures: battling the Fell, relocating to a new court, making deals with the denizens of flying islands, rescuing the heart of a mountain tree, visiting a city built on the back of a giant sea-creature, fighting off innumerable threats, dealing with the politics of other Raksuran courts and sentient races, and, finally, rediscovering Moon’s birth family.

And then, in the shorter tales contained within Volumes One and Two of Stories of the Raksura, we see more of Moon’s early life – along with new events in his ongoing story and snippets of life elsewhere in the Three Worlds – until, in the last story of the most recent volume, he and Jade finally produce their first clutch of children. If you’ve been following the series up until this point, it makes for a profoundly satisfying read: the shorter stories still encompass everything that makes the novels so satisfying, from the daily interactions between Raksura to the incredible creatures, mysteries and landscapes of the Three Worlds, and if Martha Wells were to never write anything other than Raksura stories from now on, as much as I love her other work, I can’t say I’d complain.

Setting aside my own particular dragony preferences, part of what makes the Raksura stories so peculiarly satisfying – and so original, within the context of fantasy narratives generally – is lack of focus on humanity. While certain groundling species are described in ways that make them sound human (or at least, humanoid, give or take the odd scale or tusk), they are never presented as anything even vaguely resembling a sentient default. The upshot is the best sort of psychological trickery: because the characters are not, technically speaking, human – even if we can clearly recognise them as cultured, sentient beings – all the usual, ingrained hangups about gender and society fall by the wayside, allowing their Raksuran permutations to stand entirely on their own merits.

A fantasy story about a human culture dominated by a from-birth caste system, ruled by physically strong women who take beautiful, docile male consorts – a culture that lacks a concept of marriage, where all children are raised collectively and which has no taboos against either polyamory or queer relationships, and where both are treated as normative – would instantly read as blasphemous to some or utopian to others; but either way, we’d likely interpret such narrative choices as being overtly political. But because the Raksura are demonstrably a different species to us – and because, just as importantly, their culture isn’t presented as secondary to, exoticised by or in direct contrast with a more “normal” human society – it’s much, much easier to accept these elements of the story at face value: as things that just are, instead of things that need to be constantly questioned or remarked upon.

Which isn’t to say that they shouldn’t or can’t be examined; far from it. But as a reader, there’s something both relaxing and deeply pleasing in being able to immerse myself so wholly in the story that I stop making conscious cultural comparisons: where I’m able to simply be in a wonderful, fantastic world, and only sift through the human politics once I’ve closed the book.

The Raksura, like bees, are ruled by queens. Also like bees, certain of their number are born sterile: neither male nor female warriors can have children, and while Arbora – those whose dragony-forms are flightless, as opposed to the winged Aeriat – can produce warrior offspring as well as more Arbora, only queens and consorts can produce more of their own, while clutches born between consorts and female Arbora tend to produce the magic-using mentors. As such, much of the Raksuran social hierarchy is dictated by birth in a way which, given that it hinges on significant physical and biological differences between individuals rather than the inaccurate cultural presumption of same, has no analogue to human culture.

Even so, the difficulties experienced by characters who transcend these roles is constantly expressed through Chime, who began life as an Arbora mentor, but transformed as an adult into an Aeriat warrior. The change, which happened as a result of the many threars the colony was under, is reminiscent of the way that certain real-world frog species can spontaneously change sex if there’s a shortage of males or females in the local population: a stress response that’s meant to help the group. We also see this tension in Moon, whose years in isolation – Raksura are communal, social beings, and under ordinary circumstances, only live as solitaries when thrown out by their courts for severe crimes or transgressions – has made him both more assertive and more violent than is usual for consorts, despite their clear physical capabilities. Thus, while certain elements of Raksuran society intersect clearly with the mandates of their biology, there’s also an undeniable cultural element, too: ways of behaviour that exist solely because of tradition, and which therefore invite us to question where the line between biology and habit is drawn. 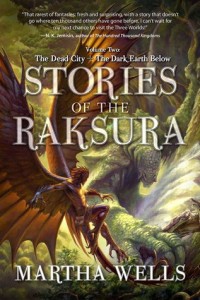 There are other things to love about the Raksura series, too. Moon is a deeply sympathetic character, being an inveterate outsider longing for home and family, and for all that he’s frequently forced to defend himself with violence, he’s a fundamentally kind, sensitive person, and a rare male character who, even when single, makes no secret about wanting children. The relationships he builds with the other Raksura are complex and satisfying; not just with Jade and Stone, but also with Chime. Though the romantic/sexual component of the latter relationship is more a background detail than anything else, it nonetheless serves as a neat foil to any assumptions of heteronormativity or monogamy the reader might bring with them. Jade, by turns, is powerful, caring and headstrong, and though initially frustrated in her autonomy by her antagonistic relationship with senior queen, Pearl – a situation further complicated by the dislike she takes to Moon – as the series progresses, she grows into her leadership role with skill and intelligence.

Stories of the Raksura: Volume Two is not a great point at which to enter the series, but it is nonetheless an immensely pleasing addition to the collection. So, assuming you haven’t already – and if this review has piqued your curiosity – go forth and read The Cloud Roads, the first book of the Raksura. I guarantee, you won’t be disappointed.