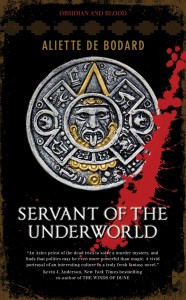 Fortunately, one of the other books that I read early on was Ursula Le Guin’s Earthsea Quartet, which, not content with reversing the race dynamics (her heroes are brown-skinned, the evil invaders distinctly Aryan), also drew heavily on Polynesian cultures as well as on Asian philosophies (the ending of A Wizard of Earthsea in particular has always struck me as exemplifying the yin/yang dichotomy). When I started writing fantasy some years later, I wanted to step away from the traditional faux-European culture that seemed to be the backbone of most secondary world fantasies (though this has changed in the last decade, it has done so very slowly).
END_OF_DOCUMENT_TOKEN_TO_BE_REPLACED