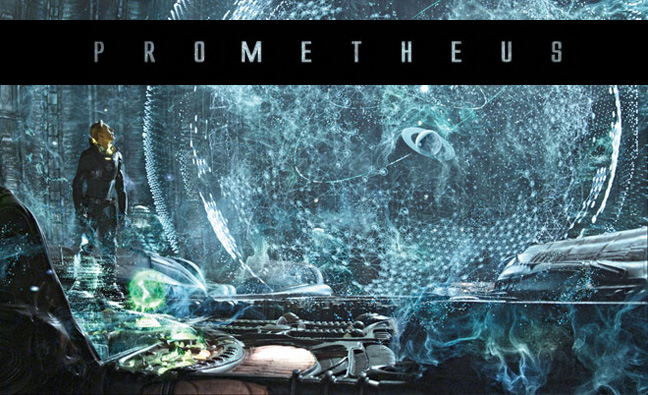 As someone who only watched the original Alien films for the first time earlier this year (yep, it’s true), I didn’t go into Prometheus with nearly so much investment or expectations as many of the other people clutter my twitter feed and Facebook wall. The day after the film was released, I was somewhat dismayed to see so many people poo-pooing the movie on twitter; despite a decent critical reception, fans seemed unimpressed by Ridley Scott’s return to Science Fiction and the Alien universe. Still, I went into the film last night without any exposure to trailers or any media (I didn’t even know Charlize Theron was in it!) and tried to throw preconceptions aside before I settled in my seat. Two hours later, I left the theatre feeling somewhat dirty, guilty for enjoying the film so much, despite its flaws, and wondering if I’d be shunned by the twitter-verse.

As an ensemble cast, I felt that the characters work (though they ain’t no Ripley and Newt), drawing obvious inspiration from the first two Alien films. It’s a shockingly beautiful film that deserves to be seen in theatres. All told, Prometheus is an enjoyable, gory, flawed film that crumbles under the weight of its predecessors (ascendents?) and utterly falls apart if you start to analyze the plot at anything higher than the book report of a fifth grader, but, if you cast that aside, there’s a lot to like. At least that’s what I choose to believe.

The fun begins after the jump. Watch for rambling, incoherent spoilers, or you shall be rolled over by a spaceship! END_OF_DOCUMENT_TOKEN_TO_BE_REPLACED 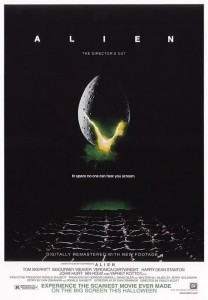 Wow, what a movie.

As a boy, I watched and read very little Fantasy. It was for girls, full of unicorns and princesses, quests for jewels and other things no boy would be interested in. Until I discovered Tolkien’s The Hobbit, I lived in spaceships, slavered over the high-tech gadgetry of Tom Swift and loved to see the fall of evil scientists as their plans went awry at the hands of a too-clever teen. This was through no fault of my parents, who are both generous, open-minded people with little interest in drawing gender lines for their children, but rather because I adored Science Fiction, loved the conflict and, in my youth and naivety, had strong misconceptions about the Fantasy genre. Despite this love for Science Fiction, however, Alien, and its sequels, were never on my radar. Even as a teen, when the films first became age-appropriate for me, I was a bit of a lightweight where horror was concerned and stayed far away from anything that was remotely frightening. Blame my over-active imagination, blame the monsters under my bed, blame whatever you’d like, but I skipped out on Alien, not realizing that years later I’d discover it for the genre classic that it is.
END_OF_DOCUMENT_TOKEN_TO_BE_REPLACED