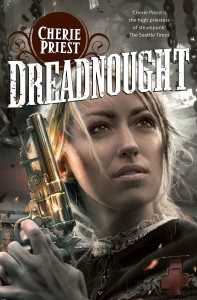 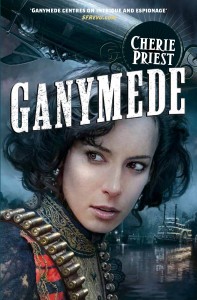 In a bubble, I don’t mind them. They match up somewhat well stylistically with the original cover for Boneshaker (which is used in both North America and the United Kingdom), even if the technique is a different and not nearly as appealing. I also appreciate that they feature strong heroines that haven’t been over-sexualized. But, compared against the covers for the North American editions, including the fourth volume, The Inexplicables, Dreadnought and Ganymede can’t hold a candle. Another case of the pendulum swinging slowly in favour of North America when it comes to covers.