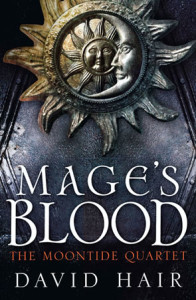 Written in limited third person from multiple points of views, Mage’s Blood does maintain some notion of good and evil. It walks a fine line though, often refusing to color individuals entirely one or the other. In that sense it’s quintessential modern epic fantasy, but couched in a very expected setting. END_OF_DOCUMENT_TOKEN_TO_BE_REPLACED