How cool is that image? It’s a bunch of dinosaurs equipped with laser beams and cockpits. Who cares if you have Dimetrodons and Pachycephalosaurus living in tandem? It’s dudes riding dinosaurs with lasers. Dino Riders was my Jesus as a kid. As a dino-obsessed youth, the idea of riding dinosaurs into battle was the thing of legends and far-off planets where anything was possible.

Today, Tor.com revealed not only 2014’s best cover, but also the winner of the 2016 Hugo Award for Best Novel: The Dinosaur Lords by Victor Milán. He and I might be a generation apart, but, in our love of dino steeds, Milán and I are clearly cut from the same cloth, and the legacy of Dino Riders is alive and well. END_OF_DOCUMENT_TOKEN_TO_BE_REPLACED 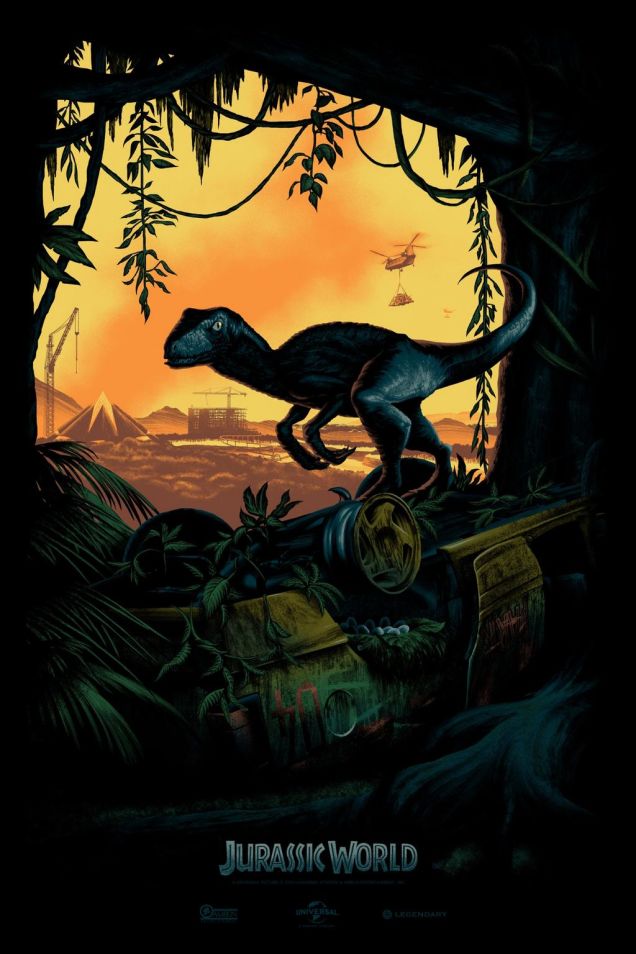 This teaser poster for Jurassic World, revealed today at San Diego Comic-Con, is a beautiful throwback to the original Jurassic Park, featuring the iconic Jurassic Park Tour Vehicle, and a theme park under construction. Full of dystopian symbology — ruined car, city/urban environment overrun by jungle/plant life — this poster is more than just a pretty bit of imagery, there’s a lot there to confirm the rumours that Jurassic World will feature a rundown, seen-better-days version of the Jurassic Park originally imagined by John Hammond in the original film/novel. The dino-nest in the vehicle’s wheel well suggests the decay and rampant dinoism has been going on for a long time. END_OF_DOCUMENT_TOKEN_TO_BE_REPLACED