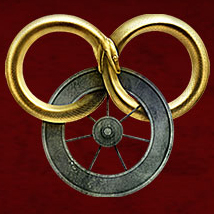 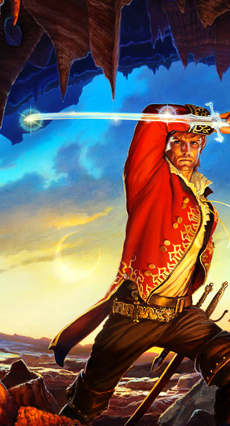 Welp, it begins. Jason Denzel, long-time Wheel of Time fan and founder of Dragonmount, the website for Wheel of Time fans, has written a lengthy, and spoiler-free reaction to A Memory of Light, the final volume in Robert Jordan’s long-running, and (for the most part) celebrated series.

[T]oday, as I read the ending of your magnum opus, I yet again found a piece of you. In those final, beautiful moments, with tears in my eyes, I understood. I saw why you wanted to write the story. I see the point you were trying to make. And I laughed. It may not have been what people expected, but, to quote Stephen King, it was the right ending.

And a glorious one.

If only you could have seen the specific way in which it turned out. I loved each character’s ending, even if it made me cry. I celebrated victories and gasped at the raw, visceral failures. Rand and Egwene shined the brightest, as I could have only hoped and expected. And there’s that one chapter. Holy smokes, RJ. 50,000 words? Really? Wow.

Yours is a story for the Ages. Some may criticize or belittle it, but its sheer scope and influence can’t be argued. The final pages may have been written, but it will live on in memory, community, and (let’s face it) franchise tie-ins. There are neither beginnings nor endings, right?

So, RJ, as I finish this letter that you’ll never read, I’m left only with final thanks. Thank you for sharing your vision with me. With all of us. For all the worldwide success and attention this book will bring, it still spoke to me on an intimate, personal level. Thank you for expressing the beauty of your life in these pages. Thank you for giving us what is quite simply the most epic ending to the grandest saga of our time.

I’m going out on a limb here, but it seems like Denzel might’ve enjoyed A Memory of Light, just a little bit. Denzel’s full thoughts, which also double as a touching eulogy for Jordan and his creation, are worth reading, though they’ll likely only make the three-month wait for the novel even more difficult for committed fans.