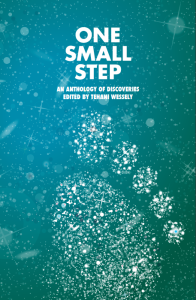 Crafting an anthology is a bit like making a good playlist: it’s not just the selection of pieces that matters, but whether they suit the overall mood and the way they fit together. I’ve also found – though this might just be a personal preference – that anthologies with a too-specific theme tend to fall flat, the individual stories bleeding together into a single, monotone whole. Particularly if the intention is to showcase a trope-heavy subgenre, like dystopian romance, I frequently find myself losing interest: even if most of the offerings are engaging and original, seeing the same devices used and reused in such close proximity wears me out, and once I’ve reached my saturation point, I find it hard to continue. END_OF_DOCUMENT_TOKEN_TO_BE_REPLACED 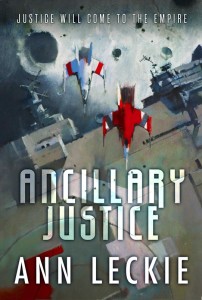 Sometimes, books sneak up on you. They’re like papery leopards lurking in the darkness, unseen and unheard, until – WHAM! Suddenly you’re pinned to the lounge beneath several hundred  pages’ worth of sleek, muscular prose gloved in velvet plotting and set off by a hypnotic, staring premise. This is what happened to me with Ancillary Justice, a book I bought – rather oddly, in hindsight – after seeing it given a rare double ten out of ten by The Book Smugglers, but without having actually read the review itself, meaning that I came to it with an expectation of quality, but lacking any notion of what it was actually about. END_OF_DOCUMENT_TOKEN_TO_BE_REPLACED 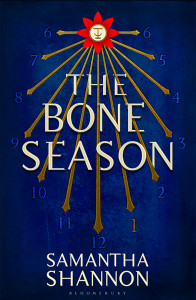 In an alternate, future version of London, Scion rules all. Two hundred years after the Bloody King, Edward VII, reputedly unleashed a plague of clairvoyance on the world, voyants have struggled against the stigma of being unnatural, while normal humans – amaurotics – have worked to oppress and kill them under the auspices of Scion, an all-encompassing, dictatorial government. Born with a gift that allows her to enter the minds of other voyants, nineteen year old Paige Mahoney is forced to live a double life: nominally the privileged daughter of one of Scion’s top scientists, she is known in other circles as the Pale Dreamer, an enforcer for a powerful criminal syndicate of voyants. When an unexpected encounter forces Paige to find a brutal new use for her gifts, she finds herself captured by Scion and taken to an impossible place: the lost city of Oxford, now called Sheol I and repurposed as a penal colony run by the Rephaites, a race of beings whose existence, while known to Scion, is a secret kept from the general human populace. Put into the care of the Warden Arcturus Mesarthim – a powerful Reph with secrets of his own – Paige is forced to contend, not only with the barbaric rules of this strange, parasitic society, but also its politics. For  behind the predations of Scion lurks an even bigger battle: the struggle between the scheming,  eternal Rephaites and the brutal, cannibalistic Emim, a second race seeking entry to our world and held in check only by the combined efforts of Scion, human voyants, and Rephs. With only outcasts for allies, Paige must learn who to trust and how to survive, fast. Because Nashira Sargas, the ruler of Sheol I and Warden’s consort, wants Paige’s gifts for herself – and once she takes them, Paige will die. END_OF_DOCUMENT_TOKEN_TO_BE_REPLACED 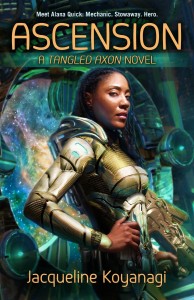 Alana Quick is a talented sky surgeon – a fixer and mender of spaceships – but despite her skills, her life is anything but easy. Ever since the Othersiders and their fantastic technology appeared through a rift in space, regular businesses have been taking a succession of hard economic hits, leading to a decline in demand for sky surgeons. Alana also has Mel’s Disease: a degenerative genetic condition that, if left untreated, causes her intense pain that could potentially cause her permanent, even lethal physical damage. But business is bad, and medicine is expensive, forcing Alana to live hand to mouth. Even so, and despite the repeated urgings of her sister, Nova – a wealthy and successful spirit guide – Alana can’t bear to give up working the ships she loves for the sake of a steady paycheck. So when a gorgeous Gartik transport ship, the Tangled Axon, lands at Alana’s shop, she leaps at the opportunity for work, only to find that the captain, one Tev Helix, is looking for Nova instead. END_OF_DOCUMENT_TOKEN_TO_BE_REPLACED 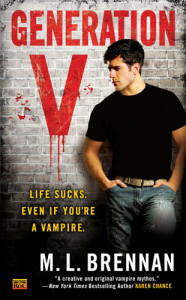 Somewhat understandably, then, Fort is hardly jumping for joy at the prospect of one day becoming a vampire himself. As much as possible, he keeps away from his family and everything they stand for; but when Madeline tempts him with an invitation to meet, for the first time, some vampires to whom he isn’t related  – thereby raising the possibility that not all of his kind are monsters – Fort’s curiosity gets the better of him. The decision quickly ensnares him in vampire politics of the bloodiest kind, and with no one else to back him up, Fort is forced to look for support from an unlikely source: Suzume Hollis, a dangerous kitsune with a wicked sense of humour whom Madeline has paid to keep him safe. When a young girl is threatened, can Fort and Suzume save her without jeopardizing their own lives? Or will they be trapped by yet more vampiric power games? END_OF_DOCUMENT_TOKEN_TO_BE_REPLACED