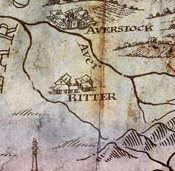 Red Country, Joe Abercrombie’s sixth novel, and third standalone novel, might have been delayed by a few weeks in the US, but lucky for fans (or those interested in sneak peeks, at least…), his UK publisher, Gollancz, has released an excerpt of the first three chapters of Red Country for readers to ogle.

‘I have suffered many disappointments.’ Nicomo Cosca, captain general of the Company of the Gracious Hand, leaned back stiffly upon one elbow as he spoke. ‘I suppose every great man faces them. Abandons dreams wrecked by betrayal and finds new ones to pursue.’ He frowned towards Mulkova, columns of smoke drifting from the burning city and up into the blue heavens. ‘I have abandoned very many dreams.’

‘That must have taken tremendous courage,’ said Sworbreck, eyeglasses briefly twinkling as he looked up from his notes.

‘Indeed! I lose count of the number of times my death has been prematurely declared by one optimistic enemy or another. Forty years of trials, struggles, challenges, betrayals. Live long enough . . . you see everything ruined.’ Cosca shook himself from his reverie. ‘But it hasn’t been boring, at least! What adventures along the way, eh, Temple?’

Temple winced. He had borne personal witness to five years of occasional fear, frequent tedium, intermittent diarrhoea, failure to avoid the plague, and avoiding fighting as if it was the plague. But he was not paid for the truth.

Once you’ve had your fill of Chapter One, Chapter Two, and Chapter Three, you can sit patiently on your hands, waiting for Red Country to release on November 13th, 2012 (if you’re in America), or you can rush to your nearest bookstore in the UK and probably find a copy now.

Thanks to Joe himself, we have an early look at his sixth novel, a standalone called Red Country, that mixes traditional Fantasy with a Western motif. Early word is that Red Country is one of Abercrombie’s best novels, though after being lukewarm on Best Served Cold and hearing conflicting opinions on The Heroes, I’m still not sure what to think of that. Either way, the excerpt looks good.

You can read the excerpt from Red Country on Joe Abercrombie’s website.

The Wheel of Time turns, and Ages come and pass, leaving memories that become legend. Legend fades to myth, and even myth is long forgotten when the Age that gave it birth comes again.

The short excerpt, which in includes the famous opening, and the journey of an eastward wind, is available on Tor.com. This is in addition to the portion of A Memory of Light‘s prologue, previously release by Tor.com. It’s so close we can taste it. 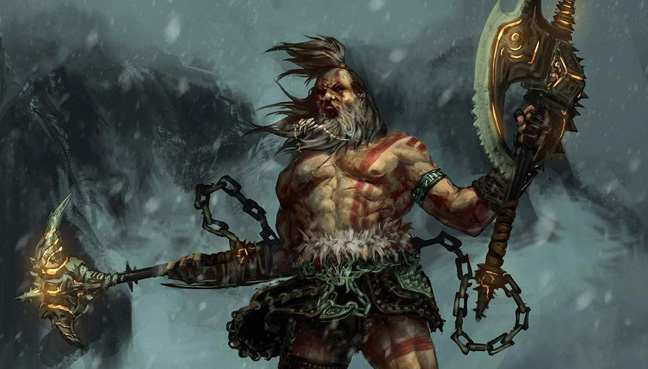 Saladin Ahmed, one of the most exciting young writer in Fantasy, is giving away a short story, ‘Iron Eyes and the Watered-Down World’, today. Exciting news, yeah? Yeah, it is. I always jump on a chance to read any of his short fiction, and have raved about it once or twice in the past. He’s good. But, there’s a caveat here, and that comes to the reason he’s releasing the story. But first, the fun part.
END_OF_DOCUMENT_TOKEN_TO_BE_REPLACED