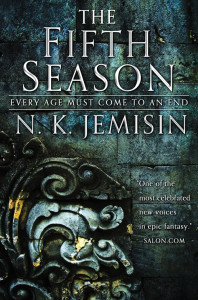 “Working on N. K. Jemisin books are the best kind of challenge for me,” said Panepinto. Jemisin’s books are often praised for their strong worldbuilding, approach to magic and uniquely drawn characters, which turns out to be both something of a curse and a blessing for an art director. But Panepinto is never one to back down from challenges. “Really strong, fleshed out characters inhabiting intricately thought-out worlds means there’s always a wealth of material to draw from for the covers,” she explained. END_OF_DOCUMENT_TOKEN_TO_BE_REPLACED