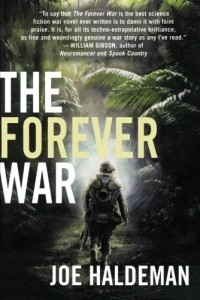 Science fiction tends to carry along its baggage for a long time. While there’s been an incredible evolution of outstanding stories, the genre’s frequently saddled with a pulp characterization; the incredible changes from the so-called Golden Age to the New Wave and beyond simply doesn’t register. Military SF, in many ways, has a similar history: it remains, in many people’s minds, a relic of the 1950s, when the Cold War raged between the politicians and armies of the US and USSR. In retrospect, it’s appears to be a simpler conflict than what we face today. END_OF_DOCUMENT_TOKEN_TO_BE_REPLACED