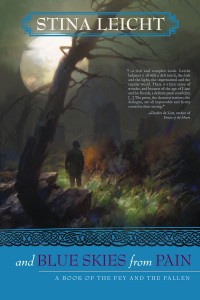 I used music to help me travel back in time to the ‘70s. While I was writing Of Blood and Honey, I dumped anything I remembered hearing in addition to anything I might like from the era into a huge playlist. (Of course, Charles de Lint had more than a few suggestions, thank goodness.) I usually run through the giant list a few times until a select few frame up into something that tells the story of the novel I’m working on. That becomes my final list. Here’s the list for Of Blood and Honey:
END_OF_DOCUMENT_TOKEN_TO_BE_REPLACED