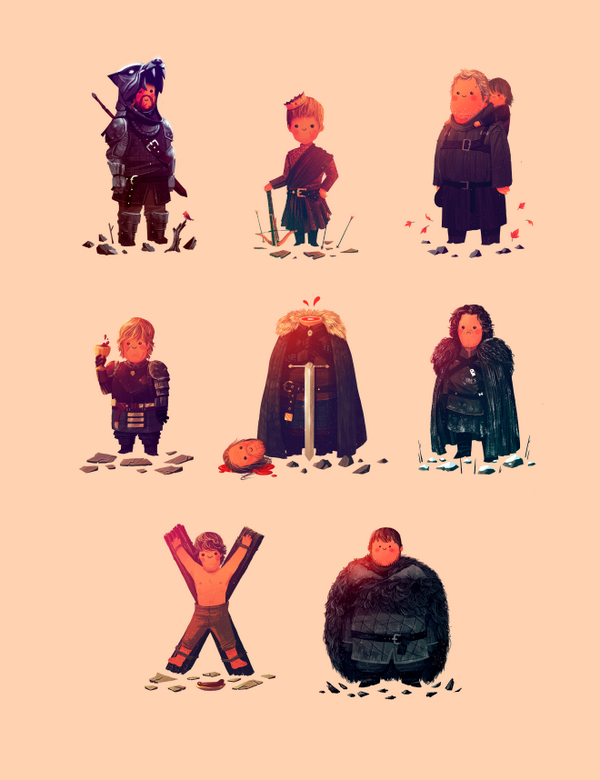 Has death and destruction ever been so cherubic? These men of Westeros are another reason that I think Olly Moss deserves a spot on this year’s Hugo ballot.

Olly Moss is an English artist known for his inventive re-imaginings of famous movie posters, and his involvement with Campo Santo, a videogame development studio whose first game, Firewatch, was recently announced.