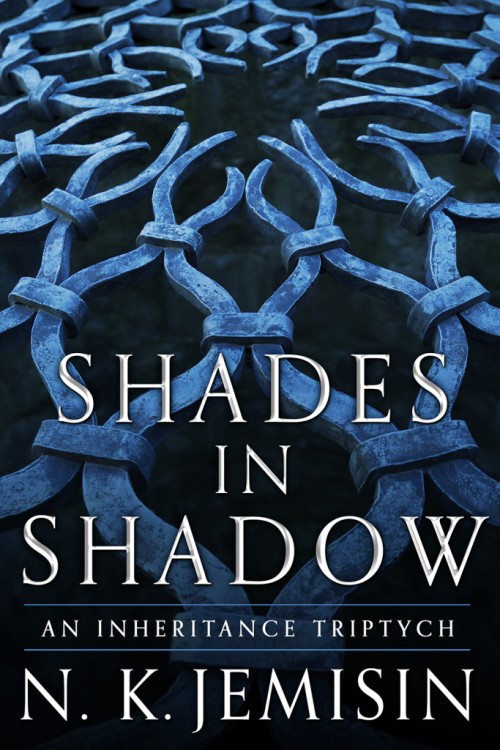 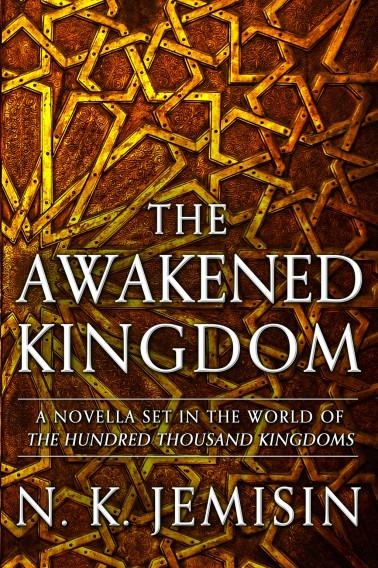 “A few old faves will appear, but for the most part this is a new story with new characters,” Jemisin said. “Shill is a true child god — unlike Sieh, who just played at childhood — and frankly I’m loving her; writing her basically means contemplating how a being with an adult-level intellect, Phenomenal Cosmic Power, and no freaking clue about anything blunders through complicated events.” END_OF_DOCUMENT_TOKEN_TO_BE_REPLACED

Recently, I picked up a copy of N.K. Jemisin’s latest novel, The Kingdoms of God and was surprised and delighted when I flipped through to the glossary and saw this (click to embiggen):

I amused myself for a few more minutes by reading the rest of the glossary and immediately knew I needed the story behind it. I contacted Ms. Jemisin and she was kind enough to share the story behind the creation of Sieh’s tomfoolery.

The idea hit shortly after my editor had accepted the book. She asked me if I had any additional end-matter to include, like the “scrivener’s notes” that were at the end of the previous two books. Orbit likes to include extras when it can, a sort of lagniappe for readers. At the time I couldn’t think of any. (Later, the short story “Not the End” popped into my head, and I wrote it and sent that to her.) But as I tried to think of what sort of end-matter would befit Sieh, it occurred to me that there wouldn’t be any, not like I’d written before. Any scrivener who tried to take notes on Sieh would become so exasperated with his pranks and blatant lies that he wouldn’t commit the report to paper, or he’d have to cover it in “none of this may be true” disclaimers. And as soon as that scrivener wrote it down, Sieh would sneak in during the night and doodle all over the thing, just to teach the scrivener a lesson. Meddle not in the affairs of trickster gods, for they will drive you nuts.

But it gradually occurred to me that Sieh wouldn’t stop there. Throughout THE KINGDOM OF GODS, he breaks the fourth wall to address the reader. He’s a god, aware of things beyond mortal ken; he knows we’re here, reading about him. So it occurred to me that Sieh would also sneak in and doodle all over *my* work. Ideally just before it went to print, so that he could prank not just me, but my entire readership.

I asked my editor if something like that was do-able. I expected her to say it would cost too much; I have no idea how they figure these things. But she seemed delighted by the idea, so I scribbled some stuff on the copyedited glossary and sent that back to her, just to give her an idea of what I had in mind. I kept it short and black and white only, mindful of costs. But because I’m no artist by far, I asked if they could get a real artist to play around with it, maybe make it look more childlike somehow. The designer they sent it to (Fearn de Vicq), however, sent it back virtually unchanged and said my own doodles were fine. (She did clean up the giant glops of liquid paper, and rearranged the doodles to make them integrate with the text better.) So what you’re seeing is my own inept artwork and handwriting.

I’ve had to issue a few disclaimers since the book came out, because I’ve seen some concerned emails and blog posts from people who honestly thought their copy of the book was defaced. One librarian was absolutely furious on my behalf — though he laughed when I told him *I* had done it. It’s fun when people fall for a prank, but even better when they’re good-natured
about it.

I also intended for it to be a part of the story in a way, so pay attention to how Sieh’s reacting to various entries. If someone skips to the glossary, it shouldn’t spoil them, but for people who’ve already read it, I think they’ll notice, for example, where Sieh stops doodling and sort of freaks out.

If you haven’t already, go grab The Kingdom of Gods and check out the terrific glossary. Or, if you haven’t read Jemisin, run out and buy her first novel, The Hundred Thousand Kingdoms (REVIEW) because it seriously rocks.