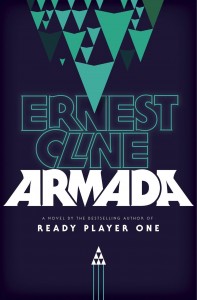 The plot is basic. A spacecraft drops by the school of one high school gamer, Zack Lightman, and tells him what absolutely every gamer wants to hear: Aliens are about to attack Earth and a secret military organization has shepherded video games, movies, novels and television shows to help attune humanity into fighting back against the alien invaders. On top of all that, Lightman’s one of the top gamers in the world, and that because of his scores in Armada, he’s one of the last best hopes for humanity. He’s brought to a secret base on the Moon, where he meets his long-lost (and presumed dead) father, who’s helping to oversee the counter attack. END_OF_DOCUMENT_TOKEN_TO_BE_REPLACED