Posts Tagged: The Lord of the Rings

On the eve of the release of the second film, The Desolation of Smaug, Peter Jackson recently discussed the decision to add and expand on the characters of three elves, including fan favourite Legolas, played again by Orlando Bloom, and newcomer Tauriel, played by Evangeline Lily. “People always ask about Evangeline’s character Tauriel and why we felt the need to create her,” Jackson said, via /Film. “But in The Hobbit novel, [the dwarves] are captured by the elves and they escape in the barrels. And it’s a memorable part of the book but the Elf King is not even named. He doesn’t have a name. And it was only later on that Tolkien decided it should be Thranduil and he also decided he should have a son when Lord of the Rings was written 18-19 years later. He created the character of the son of the king. END_OF_DOCUMENT_TOKEN_TO_BE_REPLACED 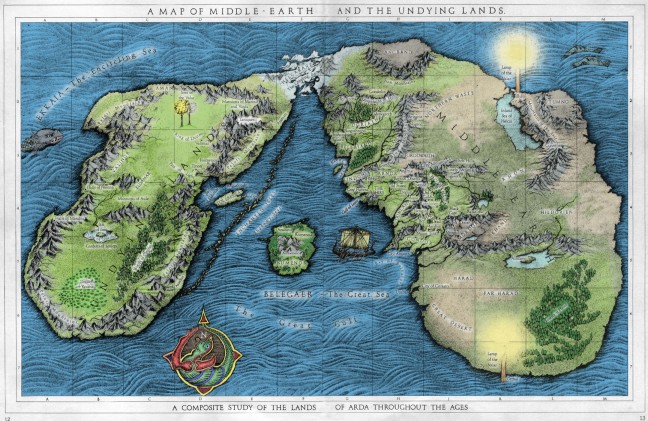 Okay, so maybe you’ve seen a full map of Arda before, but it’s always fun to find a new look at an old favourite. This map really helps to put into perspective the journeys of Frodo and Bilbo, showing that they trek over only a small portion of the entirety of Middle Earth and Arda itself. Like any Fantasy fan, I’m always curious to see what lays beyond the edges of those maps we’re all so familiar with from our countless reads and re-reads of The Lord of the Rings and The Hobbit. From what I understand, this map isn’t entirely accurate, but it’s still fun to peruse.

There’s a lot of evidence that Arda is the same planet we live on, in a different age, and this map showcases some ways in which Middle-Earth and the Undying Lands might eventually become the continents we know today. Or, alternatively, England and Ireland, depending on scale. I also love seeing the ice bridge connecting the northern portions of the two islands/continents.

Hopefully this helps whet your appetite for the upcoming release of The Hobbit, just a few weeks away!

The Hobbit has has an interesting road to theatres, fraught with obstacles that, at times, appeared seemingly insurmontable. Now, we are only a few weeks away from the release of the first film in the Hobbit trilogy, and things are looking (mostly) peachy, but though the road might go ever on, Ian McKellan recently reminded fans that it can often be a bumpy ride. On his blog, the actor recently revealed some of his early doubts about returning to the world of Middle Earth and donning the grey wizard’s iconic hat:

Now I’ve returned to Gandalf, I can’t quite believe that there was ever any doubt in my mind – but there was! There always is, with any job offer.

In making up my mind, I usually write down the pros and the cons and see which list is the longer or weightier. Thus:

PRO: Working with Peter Jackson is always stimulating and fun: we make each other laugh and he doesn’t let me get away with anything too theatrical on film. I admire his world-class colleagues like Andrew Lesnie (cinematographer), John Howe and Alan Lee (designers of Middle-earth) and so many more who returned for The Hobbit. The Lord of the Rings trilogy has become a cinematic classic and the same could well be true of The Hobbit. I enjoy living in New Zealand and exploring the amazingly beautiful countryside.

CON: A two-year commitment to The Hobbit would keep me from other work and keep me away from home and friends in London. I like new challenges and I’ve already played Gandalf the Grey.

When Peter first told me he had committed to The Hobbit, I immediately cleared my diary and stood by for the call. It was a long time coming, because Peter withdrew from the project and was replaced by Guillermo del Toro. Guillermo and I got on well, with a couple of meetings discussing his approach. Then he too withdrew. So it was back with Peter and then more delays, through illness and disagreements with the New Zealand actors’ union. I began to think The Hobbit was jinxed – another reason con.

What clinched it and made up my mind was the advice of a wise friend: “Ian, all those fans of the LOTR aren’t going to understand or care about your doubts. They just want to see you back as Gandalf.” And then I realised what I’d known all along, that I couldn’t bear to think of another actor donning the pointy hat and grey robes.

And that was that. Thank goodness!

Thank goodness, indeed. In the decade since their first release, the film version have become as integral to the mythos of Lord of the Rings and Tolkien’s world as the books themselves, at least to this blogger. To love the face of one of the film’s most iconic and powerful performances would be a tragedy. Good to have you back on board, Ian. 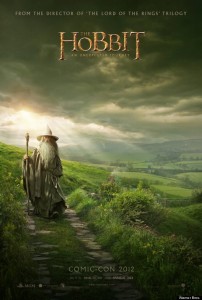 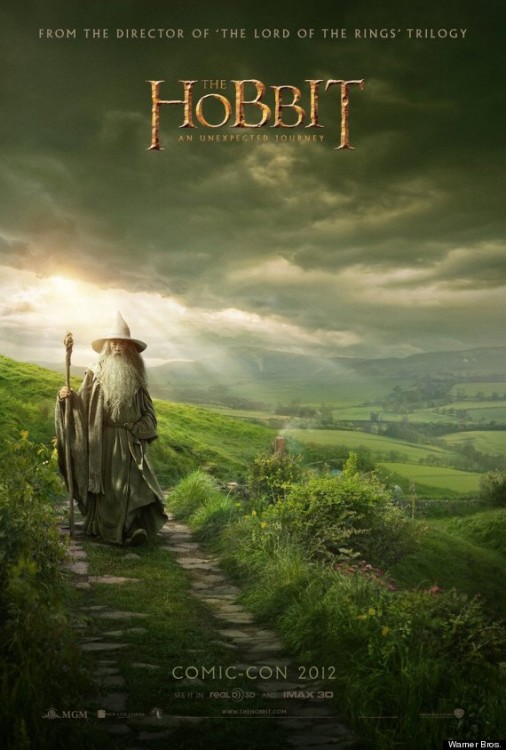 So, my post title is for the wrong movie. Sue me.

Anyway, I’m a little late to the party here, but this poster is great. The trailer I saw last night looks great. And Christopher Tolkien still looks silly. Thoughts?