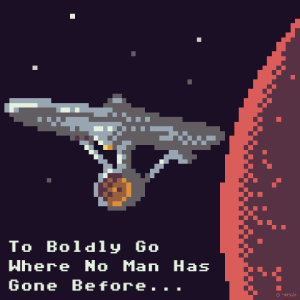 Now, let’s talk a little bit about one of publishing’s biggest catch-22 arguments. Fans have cried ‘foul’ time-and-again when publishers step in and change the style of a series’ covers midway through. It’s great when a completed series gets a re-issue, but, I think I can speak for most fans when I say that it’s nice to have a matching set of books on your bookshelf. On the flip side, though, there are a lot of cases of lazy design work, with the publisher, or at least the art department, jumping on board with what worked in the past and riding it until it keels over from exhaustion. A good example of this is the early cover for Brent Weeks’ The Black Prism. Orbit found huge success with Weeks’ first trilogy, in large part because of the striking covers. Back then, the hooded dude was still waiting tables, just trying to catch a break. Now, he’s everywhere, we’re sick of him, but he established a strong brand for Weeks and his Night Angel Trilogy. The first cover leaked to the public looked like a sequel to Weeks’ first trilogy even though it was an entirely new series. The cover was changed before publication. And then a new cover was issued for the recent trade paperback edition of the novel. It’s gorgeous. Orbit has done a great job of recognizing the need to create a strong brand for Weeks, but not at the expense of driving the concept into the ground. END_OF_DOCUMENT_TOKEN_TO_BE_REPLACED

My first series, the LonTobyn Chronicle (which I wrote as David B. Coe), was a fairly straightforward epic fantasy trilogy. But I originally conceived of it as something I called “an ecological fantasy,” because it played on ecological issues. I didn’t worry about putting off readers; in my callow arrogance I just figured that those who were interested in the issues would see what I was doing, and those who didn’t would still enjoy the story. The problem was, I used too heavy a hand in weaving those issues into my narrative. In its review of the final volume of the trilogy, Publisher’s Weekly noted this, saying, “Characterization, although present, plays second fiddle to ideology in this epic. It’s as if Robert Jordan began channeling Will and Ariel Durant.” END_OF_DOCUMENT_TOKEN_TO_BE_REPLACED

To save those of you still waiting to read the book from unwanted spoilers, I’ll hide them behind the jump. END_OF_DOCUMENT_TOKEN_TO_BE_REPLACED