The Kitschies are a non-profit association with the mission of encouraging and elevating the tone of the discussion of genre literature in its many forms.

You know how we all like to bitch and complain about how out of touch the Hugo, Nebula and World Fantasy Award voters and judging panels are? Well, that’s why awards like The Kitschies exist. They’ve a pure, well stated prerogative and judging criteria, they were created by two of the best people in in the Speculative Fiction community (Jared Shurin and Anne Perry, of Pornokitsch), and the panel of judges is always stellar. They exist, in many ways, as a balance against the long-time awards circuit. So, you should pay attention. 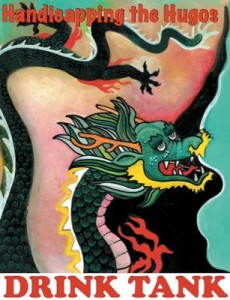